A Critique for One Stop Poetry 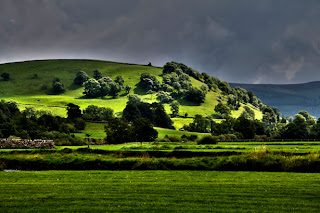 Pete Marshall, one of the editors at One Stop Poetry, asked me and several others to participate in a poetry critique exercise today, to help people get used to the idea of criticism as a part of what poetry is all about. Criticism is a sensitive subject. Done well, it can help a poet grow and improve; done poorly, it can be ugly and destructive. I’ve seen it done both ways (and recently). But a poet has to be prepared for both, for both kinds can be ways to learn and grow.

Pete bravely offered up one of his own poems, one he wrote as a teenager. Here’s his original poem and what I posted in the comments, followed by how I would rewrite the poem.

Thoughts From A Decaying Age
by Pete Marshall

Let life live on a desolate shore
untouched by man and free of law
where all who live are but creature & flower
on a paradise island these dreams are our
fantasies that wont come true
for Man destroys anything who
stands in his way to accomplish a dream
with Science, War, Religion & we
who all just sit back and watch
do not try to stop as the world destructs.

Let their blood flow on through the valley
covering the land raped by the tyranny
scorching the Earth so dry & disfigured
where once stood trees & flowers & people.
hard to believe there once was life here
this barren land savaged by the years
but no river runs cold when you fight for existence
to live & breathe & laugh is resistance.

In my own work, I tend to the spare and sparse; not quite minimalist, but with an enthusiastic leaning in that direction. I’m also not overly fond of rhyming. I start with here to set my own biases up first – it’s all too easy for a critic to view everything through that overly personal lens. And that lens can’t be entirely escaped, for criticism is ultimately as personal as the poem itself.

I have at least three positive reactions.

I like how it sounds when it’s read aloud. It has a rhythm and flow that’s easy to miss if you only read it silently.

It has a defined point-of-view; it takes a stand.

It has a rather dark theme, but it offers hope. It takes a dim view of the destructive tendencies within humanity, tendencies that the poet suggests are inherent.

I have four concerns.

First, a grammar issue: “…for Man destroys anything who…” “Who” is the wrong word (so, too, in the first stanza). I see it and immediately ask, is this deliberate or simply unknowing? But it stops me for a moment from reading the poem, to ask the question. It seems small thing but small things can be telling things. And some periods seem to be missing, or something to indicate the end of one thought and the beginning of another (see the third and fourth lines of the first stanza).

Second, there’s an overreliance on the ampersand. It’s as if the poet were in a hurry and didn’t take the time to write out “and.” Again, a small thing. But it stops me to ask that “deliberate or unknowing” question.

Third, the rhyming is not consistent, or rather, it’s slightly disorderly, almost as if it can’t make up its mind whether it wants a rhyme or not. This is true in both stanzas.

Fourth, there seems to be break between the two stanzas, a break not quite bridged. Whose blood, exactly, should be allowed to flow?

A suggested rewrite (and if more time were available, I would work this over several times; the theme is worthy of a series of rewrites):

Thoughts from a Decaying Age
By Pete Marshall (edited)

I want life to live on a desolate shore,
untouched by man and free of law,
where all who live are but creature and flower.
Yet even on a paradise island this desire
is fantasy, a mirage that only shimmers,
for Man destroys what stands
in his way, to realize a dream
of Science, War, Religion while we stand aside
to observe, and to watch, and do nothing,
nothing to stop as the world destructs.

Let blood flow through the valley;
let blood cover the land raped by the tyranny
scorching the Earth so dry and disfigured,
Earth now scarred of trees and flowers and life.
There once was life here, they say,
this barren land savaged by the years.
Yet no river runs cold when you fight for existence;
to live and breathe and laugh is resistance.

To see what others offered as acriticism and various suggested rewrites of the poem, please visit One Stop Poetry.

Photograph: Dramatic Landscape by Petr Kratochvil via Public Domain Pictures. Used with permission.
Posted by Glynn at 7:48 AM

Great post Glynn. You're right, it's terribly difficult to offer criticism in a constructive, uplifting light. I recently asked someone to critique my work, and he spent almost as much verbiage apologizing for being critical than he did actually criticizing. They way he danced around the issues was almost laughable. (And believe me, there were issues!)

I've often wished that there was a duality of sorts available with the "comment" feature on a blog, where one could "praise in public and criticize in private." In most pieces I've read, I've seen both positive and negative aspects. Typically, I will comment on the positive, then try to learn and grow from the negative (rather than post the criticism for the world to see). However, I believe there are many who are hungry for criticism, as they want to improve their art. When all of the comments are positive, are they still to be believed? How do we strike a balance?

Thanks for introducing the concept to us here. Perhaps as a community we can find a way for iron to sharpen iron and begin to make our art the best it can be, all while preserving the self esteem (dare I say egos) of the authors and artists.

Maybe part of the problem with poetry criticism is that we misunderstand the word "criticism" and take it to mean we're supposed to criticize (belittle) the work.

LL makes a good point there..the word in itself does lend to negativity...thanks glynn for taking part and getting involved...this has been a great exrcie and i love how you have tackled it...as you know this was written way back in '83...when you mentioned it read well out loud...yes it was as a song that i write it originally for the band i was in...but i also thought this would be a good poem to see how it was reworked etc...i love the critique you have offered...and i love the rewrite...i think the exercise has been really worth while and i am enjoying the commenting......cheers pete