My Bias Was Showing 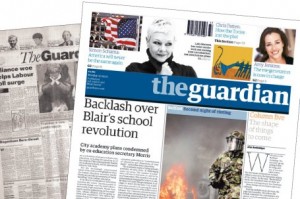 One of the wonderful things about the worldwide web is the connections that can be made literally around the world. Most of the readers of this blog, for example, are based in the United States. But there’s a fairly sizeable contingent from Canada, the United Kingdom, Germany, Russia and the People’s Republic of China.

J of India (that’s his name on the comments) is retired and living in India. He blogs at Neither Use nor Ornament, and it’s a blog that strikes me with wonder – the photographs of processions, religious ceremonies, launching of boats – all of the things that comprise daily life where J lives. He was raised and worked all of his life in England, and then retired to India. His blog, he says, is a diary of life on the Malabar Coast. For me, one of the most striking things about the photographs J posts is the color, almost an eruption of color. It’s absolutely fascinating.

We occasionally exchange emails on different subjects. Recently, after seeing one of my posts, he sent me an article entitled “Faith in the Darkest of Moments,” an account by Shoshana Garfield on how many of her clients, who had endured serious and awful torture, often spoke with utter certainty that God was with them. The first surprise was her conclusion – that these clients were perfectly sane, and that their accounts were generally true.

My second surprise was where this article was found – the Guardian in the United Kingdom.

Journalists for the Guardian would likely speak of their progressive leanings; my own experience (including direct contact with their reporters) leads me to believe that the Guardian makes the New York Times look like an apologist newspaper for the Tea Party. The Guardian leans leftward, and rather hard leftward.

So I told J how surprised I was. And he sent me another article, this one entitled “Richard Dawkins, the Protestant Atheist.” It was another surprise – the Guardian including (at least online) a perceptive characterization of Dawkins as being heavily influenced by the Protestant Reformation. It’s thoughtful and rather amazing.

And to punch the point home, J sent me what appears to be the religious page of the Guardian and a listing of a whole group of people who are blogging on the great works of religion and philosophy. The series includes blog posts on Genesis, Job, the Book of Common Prayer, Calvin, the Acts of the Apostles, Kierkegaard and others.

When I expressed my profound surprise, J said this: “I find the Guardian publishes many articles that, though often critical of institutional Christianity's attitudes, are strongly supportive of spiritual faith.” An exploration of all of these links proves he is right.

Three years ago, I was working one Saturday on a deacons work project at church – tearing out old rotted railroad ties that formed a wall along a very long driveway. About an hour into the work, a young man showed up to help (and carrying coffee containers from Starbuck’s – a true hero). As soon as he mentioned his name, my jaw dropped. He was the reporter for the St. Louis Post-Dispatch whose beat included my company. He joined us in the work project and became a regular attender at church. He later moved to another job down south, and his replacement and his wife actually joined my church.

What’s the Post-Dispatch doing employing Christians? That’s as odd as a Republican driving a Volvo.

All of which serves to remind me that God can be found in the darkest of places, places far darker than newspapers. Although I have to admit I’m still amazed at the Guardian.

Email ThisBlogThis!Share to TwitterShare to FacebookShare to Pinterest
Labels: bias, Guardian, J of India, Neither Use nor Ornament, St. Louis Post-Dispatch

When my son started public school (I homeschooled him in Kindergarten) I was amazed to find out just how many Christians there were. Not only other parents, but teachers too! After being fed a steady diet of how pagan the education system was - this was amazing. 12 years later I see that there are indeed pagans AND Christians in schools - just like church!

I've been reading the Guardian online for quite a while, primarily for its arts and culture and science coverage, which I think puts virtually all other newspapers to shame. I also have started viewing some coverage on Al Jazeera which, I've found, in many respects in more thorough and balanced than coverage in the U.S.

Your experience highlights something I think bears noting, which is that all too often are our assumptions prove us wrong.

Ah, this makes me smile. Thank you.

Thank for spreading the true news.

Sometimes I return to his posts 2 or 3 times because there is so much richness to take in.