We Ate What the Missionaries Ate 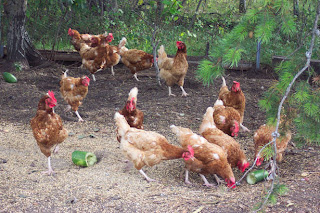 This week’s discussion of The Spirit of Food: 34 Writers on Feasting and Fasting Toward God over at The High Calling covers three essays: “Grandma Virgi’s Feast” by Vinita Hampton Wright; “The Church Potluck, Seriously” Jeremy Clive Huggins; and “A Subsistence Feast” by K.C. Lee. I enjoyed all three. Wright included a recipe for pecan pie, tingling my Southern taste buds. Lee has a kind of fast in a wilderness-like area in Alaska, and I was glad it wasn’t me. And Huggins lives in St. Louis (that’s two of the 34 contributors who live in St. Louis; we may be rather small and backwaterish but we do know our food).

It was the Huggins essay that resonated the most (the pecan pie aside). I have experienced countless church potlucks. One church I attended, a member of the Evangelical Free denomination, was so adept at potlucks that we fondly referred to it as “Eat Free.” But I don’t really mind them, even with the heavy emphasis on starch, lasagnas and (as Huggins points put) the ubiquitous green bean casserole with Durkee French Fried Onions on top (it’s illegal in 17 states to hold a potluck supper without green bean casserole, and strongly frowned upon in all the rest) (except California).

The rather starchy flavor of most potlucks brings to mind a situation from years ago that involves a slight level of confession. I still feel sheepish about it. But not too guilty.

In the mid-1980s, I was a deacon and then an elder for the church we attended. Each spring, there was a planning retreat for both elders and deacons, held at a center that belonged to a non-denominational Christian organization – one that sent people as missionaries all over the U.S. and the world. This center served as a training and education for new missionaries – but it was much larger than what the organization actually needed. It had originally been a Jesuit church and monastery, and occupied lovely grounds in a rather rural setting.

The rooms were spare, and probably were little different from the time when monks occupied them. We would double up, two to a room, and then have meetings in one of the conference rooms. 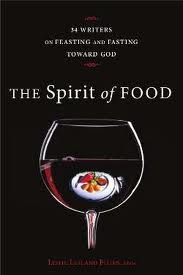 Before I ever attended one of these planning sessions, my wife had gone to the center for a church ladies retreat. And she raved about the food – how unbelievably good it was. So while the purpose of the planning retreat was serious, I was happily looking forward to partaking of this great food.

The surprise came the first night, a Friday. We arrived just in time to throw our bags in rooms and rush to the dining hall for dinner. It was served buffet style. And we were sharing the meal with the missionaries in training. And there, laid out on the buffet table before us, was – salad, bread and spaghetti. And I mean spaghetti. Period. No meatballs. No marinara sauce. Not even anything out of a jar or can.

This was the food my wife raved about?

No one said anything. I saw everyone eyeing each other. All of our wives had gone to the ladies retreat, and all of them had raved about the food. But we said nothing. So we weren’t surprised to find something similar for lunch the next day. Breakfast had been cereal.

Well, you know there’s always at least one pagan in the crowd.

The next year, the ladies went off to the retreat – and came back raving about the food. So when the time came for the deacons and elders to talk about the retreat (and I had become an elder since the last planning session), I asked the question that was on everyone’s mind.

What about the food?

After a lot of discussion and a little handwringing, we learned that if we paid $5 more, we would get the same food the ladies got.

The vote was unanimous to increase the fee by $5. Unanimous. And while several of my peers kidded me, no one opted for the spaghetti buffet.

I was prepared to feel guilty that we were eating a lot better than the missionaries, but it turned out that there were no missionaries in training when we were there.

Good food, and it was all guilt-free.


To see other posts on The Spirit of Food, please visit The High Calling.

Photograph: Buffet Lunch by Kim Newberg via Public Domain Pictures. Used with permission.
Posted by Glynn at 5:00 AM

Great story, Glynn. I love your line "... there's always at least one pagan in the crowd." I can so identify!

It seems that one of the things I always look forward to while on retreat (think Laity Lodge) is the food! I've never had bad food while away in this manner. I don't know if it's the hospitality factor or what, but I would have been sorely disappointed to be served plain noodles :). But you were the brave one and asked the question they all were thinking about :).

I'm trying to imagine what it felt like, to arrive hungry and anticipatory, to find a plain noodles waiting.

My plain noodle showdown came when I was 5, the day my baby brother was born and my sister and I stayed with family friends until my grandparents arrived in town to care for us. It was after-church lunch on Sunday. The grownups had sauce on their spaghetti, but since our hosts' kids didn't eat sauce, they assumed we wouldn't either.

At least I think that's what happened. And at 5, I dared not ask for sauce on my noodles.

I love this story. Told with such beautiful humility and humour.

guilt-free ... so much better than fat free

Thanks for adding your confession. I love it.