The Future Isn't What It Used to Be 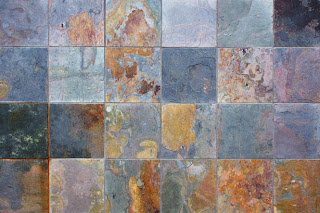 There was a time when the future was a place, a place I was going to.

I had to plan for it, think about, strategize it, implement it, refine it, rethink it and plan again – but it was indeed a place. This place was usually associated with accomplishing something – an achievement, an award, a recognition, a milestone, a promotion.

I wasn’t so foolish as to think that accomplishing something would bring happiness, fame, wealth and contentment – I had learned that lesson in college.

But I was still reaching. Part of that reaching included having a family, finding gifts I could use, get a Master’s degree, in effect assembling the pieces of what I thought, or my wife and I thought, should be were we wanted to go.

Something changed, though. Exactly when I can’t say. The future stopped being a place or destination. It became something else.

Was it the day I held my first-born, my second-born?

Was it the day I held my grandson?

Was it the day I biked to the Chain of Rocks Bridge in north St. Louis, biked up the bridge and looked south to see the city in the hazy distance?

Was it when I saw the Lincoln Memorial at night?

Or the day I sat in the Chapel of St. Peter ad Vincula at the Tower of London and considered all the royal enemies lying buried beneath my feet?

Was it the day I wrote a poem, a poem that affected me far more than I could understand, and I knew I never would?

Perhaps it was the day my first journalism professor wrote “not bad for a cub” across the top of my assignment.

Or the day my father died.

Or the day my heart was joined to my wife’s, or the day my soul was claimed for eternity.

Whenever it was, whatever day it was, the future changed from a place to the real. And I found myself, find myself, living more and more in the real, and learning that the real matters so much more, more than I ever could have known.

The future isn’t what it used to be.


This post is submitted to the One Word Blog Carnival on “future” over at Peter Pollock’s place. To see more posts, please visit the site.
Photograph: Stone Tile Wall Background by Andrew Schmidt via Public Domain Pictures. Used with permission.
Posted by Glynn at 10:09 PM

You are right. For me, my expected future hardly ever comes true and that's a good thing, since I tend not to think the best of tomorrow.

all the good in the real that brought you back from the future.

i think you are right.
and humans have never been very good at time travel anyway, so it just might be best to live in the present.

I wish I could separate the future from accomplishment- and failure. I think of it in terms of jobs, relationships and realizations of desired statuses. I know better, but getting it to my heart is a completely different story.

I am fortunate. The "future" has been much more enjoyable than I envisaged. But for some, it is tougher than anything they imagined.
Because of the way we now live, it's almost impossible to take no thought of the morrow - though probably our time would be far better spent fully experiencing the moment..

I liked the way you pointed to our looking forward to events in the future - - then they become real for we are there. This post blessed me!

That is indeed good. Well said. Abundant blessings for you living in the real!

Living in the real. That's just so good. So profound. Thanks, Glynn.

Lovely, Glynn! Do you suppose most of our disappointments come from imagining futures never meant to be ours? Living in the real is the only true living. Thanks.

I really like your outlook on this. For me, the future is definately something I continue to strive towards. But looking at it your way, I'd have to say it was when my dad died. The future definately became real for me then.

Ahhh, this is refreshing and compelling. Thanks Glynn.

I love your title: The Future Isn’t What It Used to Be. So true. And yes - that’s good. Thanks, Glynn.

Love the 'living in the real' concept.