My Hope for Christmas 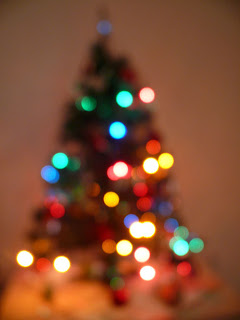 Things I have hoped for at Christmas, at least what I can remember, in roughly chronological order:

A Roman chess set. With Caesar Augustus as king, Livia as queen and Cicero as the bishop; I received it when I was 14 and I still have it.

A date, when I was grounded. It is a no-go for Christmas, but my father granted me a two-hour reprieve for New Year’s Eve.

Escape. I don't recall why I wanted this at Christmas of my senior year of college.

Then I got married. My favorite first-Christmas-together present was a sweater shirt from a store named Butch Hoffer’s at the new mall in Beaumont, Texas. And Harvest Home by Thomas Tryon. And Give Us This Day by R.F. Delderfield. And getting to read The Hobbit and The Lord of the Rings trilogy for the second time.

Later, Christmas with children (my hope was always for a new Lego set) (for the children, of course).

But hope is not a word I’ve used in a long time, at least when associated with Christmas. I don’t so much hope for Christmas – for a particular present, or even world peace. Instead, as I’ve gotten older and know far less than I did when I was younger, I’ve come to see hope at Christmas as something that is, and something that will be.

Hope is the death of that Christ child some three decades later. Nothing in human history has so changed the future as that crucifixion on Golgotha.

Hope is the resurrection of that crucified man three days later. The Romans could be brutal in how they punished and killed, and little brutality was spared on that man. He was the first and only man to live to tell what happened.

Hope is the promise, not of happiness or wealth or power or prestige, but of a shared suffering, of a servanthood to others, and, ultimately, of joy.

Hope will become when he comes again, at an hour of his own choosing.

And when he comes, then hope will reign in person as it now does in spirit.

That is my hope for Christmas.


Bonnie Gray at Faith Barista is hosting a blog carnival on faith. To see other posts on hope for Christmas, please visit her site.

Photograph: Christmas Tree by Anna Cervova via Public Domain Pictures. Used with permission.
Posted by Glynn at 5:00 AM

I want the same thing as you. This about brought me to tears.

Glynn,
I love your list of things you hoped for as a child, although I hoped for a new purse, a sweater, a Malibu Barbie, roller skates.

This will be something I take with me today to think more about. I am in a season of needing renewed hope, to see it as something that "is" and "will be."

So I pray for all of us:
Rom 15:13 "May the God of hope fill you with all joy and peace in believing, so that by the power of the Holy Spirit you may abound in hope."

This is beautiful, Glynn. Christmas is such a bittersweet time for me--with the differing beliefs of my family and such, sometimes I feel quite a bit of grief. But I think part of that is the sweeping meaning of the season. The Beginning, only not...because it began at the beginning of time. Anyway, hope is still something that Christmas holds for me.

Blessed is the man who trusts in the Lord and has made the Lord his hope and confidence. - Jeremiah 17:7

I see this Scripture alive in what you wrote...thanks!

Do you get tired of my saying,"Amen"?

I love it that you made reference to the the novel by R. F. Delderfield --- I have a whole collection of those on my book shelf, left over from the estates of my aunt. When my parents died, they had a collection as well. I have always meant to read them.... and recently, I dusted that shelf and thought, "now is the time to read those novels or you never will."

I know that they had all read them many times --

I'm amazed at the many connections I have to your posts, Glynn. It makes me feel that even though we don't know each other, we kind of do.

Glynn, we still have Butch Hoffer's at the mall in Beaumont! I work in Beaumont and live near by. When did you live in Beaumont? How funny...small world huh?

From the cradle to the grave to the sky. :) Yes.

This is beautiful and so true. :)

I love the part about Legos..for the kids of course. :)

To follow the arc of your hope is to travel with you into a territory where the final rest stop is marked faith. Beautifully written.

Wow, that was a gentle build-up to a powerful point! Thanks Glynn.

"A date when I was grounded."
"Escape... senior in college."

Hmm... interestingly enough, I feel those two are on my list as a parent of two young boys today! :) LOL.

I enjoyed strolling down the gallery of your Christmas hopes, Glynn. Vignettes that were colorfully alive with emotion and humanity.

And how wonderfully you led us to the heart of spirituality.

Awesome cup for a beautiful season of Christ at the center.

Really beautiful, Glynn. Thank you for pulling this together so succinctly and elegantly.


hope at Christmas as something that is...

when i first started to read the post, i thought that it was just another holiday post. i should know better by now.

all i can say is
that i want to print this post
and read it several times a year.

Glynn,
I needed to read these words today: "Hope is the promise, not of happiness or wealth or power or prestige, but of a shared suffering, of a servanthood to others, and, ultimately, of joy."

Ouch, how the shared suffering is hurting right now! But oh, how much closer to Christ I am drawn with each aching beat of my heart! Thank you for this beautiful sentence...Christmas encapsulated.

And Hope shall reign and every knee shall bow ...

Eagerly awaiting . . . with certain hope:
"And when he comes, then hope will reign in person as it now does in spirit.

That is my hope for Christmas."

Hope is a person, not a wish list: you have made this point so well, so beautifully.

He is our hope.