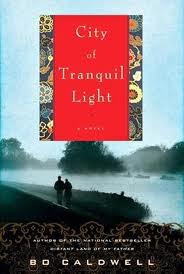 It’s rare for me to say I’ve fallen in love with a book. Perhaps because I’m reminded of books by Pearl Buck like The Good Earth, but I’ve fallen in love with City of Tranquil Light, a novel by Bo Caldwell.
Based upon the experiences of Caldwell’s maternal grandparents, City of Tranquil Light tells the story of Will and Katherine Kiehn, Mennonite missionaries to China from 1906 to 1932. It is also the story of the people they served and ministered to, and the story of upheaval and chaos in Chinese society.

Alternating between Will’s narrative and Katherine’s journal, Caldwell moves the story forward chronologically, beginning with Will’s first understanding of his call to missions. A young man in an Oklahoma farm family and expected to work as a Sunday School superintendent, Will hears a missionary to China speak to his church, and he knows.

Katherine, trained as a nurse, is also called to missions, following her older sister Naomi and brother-in-law Edward to China. She and Will meet on the journey, and he falls in love first. They eventually marry and establish their own mission in Kuang P’ing Ch’eng, City of Tranquil Light in northern China. Their years in the mission span the dying days of the imperial dynasty, the revolution of 1911, the era of bandits and warlords, the civil war between the south and the north (Chiang Kai-Chek’s Kuomintang army comes off equivalent to bandits here), and the beginning of the communist revolution and Japanese occupation prior to World War II.

Caldwell tells this story quietly and in a measured way, with narrative skills and what can only be described as a love of her characters. The reader comes to know of Will and Katherine and their devotion o each other and the people they work and live with. Even the minor characters are drawn expertly, filling in cultural and social details that make this novel so rich. 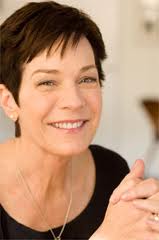 Caldwell, the author of The Distant Land of My Father, has done extensive research in creating this story. And it shows, without being obvious, in the details of small-city life in china, in the smells of the food being cooked, in the faces and actions of the bandits and magistrates and shopkeepers and servants and soldiers who inhabit this story.
There is a kind of romance to stories about the history of missions in China, made all the more poignant by the eventual triumph of the communists and today the explosive growth of illegal house churches in spite of – or because of – government persecution. That romance is present in City of Tranquil Light, too, but so is the heartbreak, the often awful reality, the tragedy and sorrow and sacrifice. So, too is the commitment, the dedication and the love.

City of Tranquil Light is a beautiful story, quietly told.


(I received my copy of this book to review from The B&B Media Group, the marketing agency for City of Tranquil Light, published by Henry Holt.)
Posted by Glynn at 5:00 AM

I love stories about real people. This looks like a good one.

We'll be spending a few days in the mountains between Christmas and New Years. Sounds like a perfect treat to take with me!