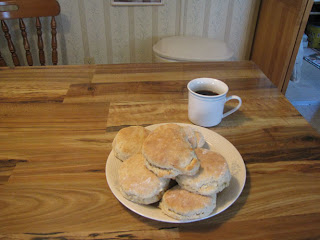 Last week, for Bonnie Gray’s blog carnival at Faith Barista on faith, I talked about the aluminum Christmas tree we had when I was growing up in New Orleans. While most of our Christmas celebrations were in New Orleans, we would occasionally head to my father’s hometown of Shreveport.

Shreveport was a magic place for me. My father’s family was much smaller than my mother’s, but they all lived within 10 minutes of each other. My father’s oldest sister and her family, in fact, lived directly across the blacktopped street from my grandmother.

I was born in what my father called the “great divide” in his family – all of my cousins were either considerably older or considerably younger. I spent a week almost every summer from the time I was 8 to when I was 14 with my grandmother, and those visits are some of the best memories from my childhood.

The first thing that was exciting about Christmas in Shreveport was the temperature. It was cold. New Orleans could get cool in December, but Shreveport, 325 miles to the northwest, could get cold.

When I’d wake up in the dining room, my grandmother would already be puttering around the kitchen, and she’d feed me eggs and bacon while my parents slept in. Then she’d send me across the street to my aunt’s house for – the biscuits.

My brothers and I (my little brother came when I was 10) all still talk about my Aunt Rubye’s biscuits. They were something akin to perfection, and I know that I will get to eat a plateful in heaven.

She’d work up the flour and water and whatever else went into them as she’d talk to us in the kitchen. We wouldn’t budge from our chairs at the table. Nothing could make us move, not even getting to watch my Uncle Revis shoot at cats with his rifle while he sat on the back porch step. Nothing could deflect our attention from Aunt Rubye’s biscuits.

The smell from the oven, of course, came first. We knew what was coming by the smell. The kitchen would be permeated with that wonderful scent of those biscuits. My brother would eye the molasses syrup, thinking about pouring it on a hit split biscuit. I was the purist; a little butter and I was good to go.

“Mother’s making them biscuits again,” my uncle would say loudly from the back steps. “Must have company.” And then we’d hear the POW of the rifle.

My aunt would pull the tray from the oven, and the smell would intensify; our saliva would be intensifying in direct proportion. The plate full of wonderful would be set before us. And the first bite of the floured and kneaded and rolled concoction would find its way into our mouths.

The recipe has been lost, because there wasn’t a recipe. Aunt Rubye made them from scratch, and the only recipe was the one in her head. Daughter-in-laws and nieces tried to duplicate it but none succeeded.

And in a way, I think that’s a good thing. Those biscuits have never been equaled, in reality or memory. I can see and hear her now, standing at the counter, working the dough, talking in that no-nonsense Southern drawl she had.

"Mind the crumbs," she'd say, watching us eat. And she'd be beaming.

Photograph: Coffee and Biscuits by Donna Cosmato via Public Domain Pictures. Used with permission.
Posted by Glynn at 5:00 AM

This left me with a smile.

Beautiful story..."Minding the crumbs," as I read...thanks Bro'

I read posts in the morning with coffee...now I feel like something's missing. I would chance getting the keys all buttery. Nice one Glynn.

This is sweet, Glynn. And Uncle Revis? Seriously. That one made me laugh!

How lovely and nice.

And... you've given me something to ponder -- I've never thought of a Southern drawl in the terms of 'no-nonsense'. To my northern ears, they always sound whimsical and lush!

I have a huge weakness for excellent biscuits, and now that I've read this, I'm worked up for a plateful.

I so relate to that good southern cooking. Reminds me of visits to my own grandmothers' houses in Mississippi back in the day. I miss those times.

I just love the way Christmas brings those memories to life--things that, at the time, seemed completely normal, in hindsight, become so much more!

Um, we're attempting to make my Aunt Fayma's biscuits without her this Christmas. Should we call it quits, before we shame ourselves?

I'm pondering that---how it's a good thing that it can't be duplicated.

And, though I'm not crazy about cats, I'm glad the biscuits kept them from harm. :)

I'm with M Gallagher -- I didn't know that a Southern drawl could be no-nonsense either! Apparently I've never been in trouble with a Southerner. :)

Oh, good to the very last "crumb" of a post, Glynn! I heard you tell this in a Southern drawl. Wait a minute...I realized, you are a Southern gent, huh?! ;) My heart dropped when you said the recipe's been lost. I was gonna ask you for it!

Wonderful your brews in today's jam. I see a Christmas memoir in the making *nudge* *nudge*

I really do love it when you tell stories from your childhood. This is a wonderful post, and I wish I had a biscuit to go with it now. :) Thanks, Glynn!

I love biscuits, scones, that type of texture. The way you tell your story makes me feel like I'm there. I can smell those biscuits and see the crumbs on the table :D

Another charming glimpse into your childhood---thank you! I'm always amazed at how many happy memories are connected to food. And now I'm going to see if we can find something to even come close to biscuits. :)

No doubt you conjured up the image. I could almost smell the biscuits.

I love this memory of yours.

Now I'm hungry. Your final statement just made me smile. :)

Thanks for this taste of your childhood. Yummo!

Thanks for using my photo:-)