He Sent Me a Valentine 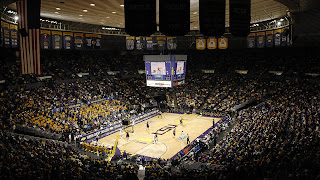 I was sitting on top of my world. And it was misery.

Toward the end of my freshman year in college at LSU, I set certain goals, things I would achieve by the time I graduated.

I would be something – something important – on the college newspaper.

I would be elected to the national leadership fraternity.

I would be something big in my fraternity.

I would be named to Who’s Who.

And I would be doing lots of stuff – fraternity parties, dating, activities, football games. And reading great books.

I was going to have it all.

And I did. By the middle of my senior year, I had ticked off everything on the list. Everything. I had been president of my social fraternity my junior year. I was named to the leadership fraternity. Who’s Who. And managing editor of the school paper – the power position, responsible for everything except the editorial page, supervising 30+ reporters, six editors and three photographers.

I was at the pinnacle of my college career. And I was miserable.

I had been trying to fill a hole in my soul with achievements, recognitions, honors and awards. Only after I got did I see how empty and meaningless they were. Everything was turning to ashes.

I buried myself in work at the paper. Work numbed the pain. But it wasn’t enough. I was crashing, and I knew it. Everything I thought was important had turned out not to be.

And then I was sent a valentine. A two-part valentine.

Part 1 was one of my new reporters. She had requested two beats to cover – student government and religion. Religion? What kind of journalist would request religion as a beat? But, hey, no problem – if she wanted religion, she could have it (and no one else asked for it). The news reporting instructor told me she was one of the top four students in his classes, so she got the student government beat as well. She was the one who told me about Part 2.

Part 2 was a speaker coming to campus. Josh McDowell was an evangelist and apologist (Evidence That Demands a Verdict) with Campus Crusade for Christ. For two or three weeks ahead of his arrival, the campus chapter of CCC publicized his upcoming lectures on “Maximum Sex.” Signs all over the campus heralded “Josh is Coming.” Since most students didn’t know who Josh was, this created all kinds of buzz.

For several days, I had been talking with people working on his appearances. And I found myself becoming increasingly intrigued and, possibly, interested. He spoke for three consecutive nights. The first night, prior to his talk, he had dinner at my fraternity house, and several people made sure I was introduced to him. When I was introduced as the managing editor of the paper, his first words to me were memorable.

“Will there be a story in the paper tomorrow?”

I got it. I was a tool to be used. Fine. So this was what all the hoopla was about. Just another salesman. Fine.

He spoke that night to 5,000 people, one of the biggest audiences for a lecture in LSU’s history. I didn’t go. I told everyone I had to work at the paper. Much to my chagrin, it looked like it would have to take the top place on the front page. But then came the news – President Johnson had just died. We went into overdrive to get stories and illustrations done by deadline. The story on Josh McDowell did make the front page – and I had to argue with my copy editors about it. They didn’t want the story in the paper at all.

Several days later, I was still fuming over the question McDowell had asked at dinner. Friends arranged for me to meet with the campus director of Campus Crusade. So on Jan. 26, 1973, at about 8 p.m., I met him outside the classroom they used for Bible study. We talked for well over an hour (if you want to see a photo of the classroom, you can click here). I learned that scores of people had been praying for me before, during and even after the lectures. I learned a lot more than that, too.

That night, the director gave me a copy of the Living Bible (I didn’t have one in my apartment and I hadn't read anything from the Bible in six years). He inscribed it with a verse.

Philippians 1:6: He who began a good work in you will complete it until the day of Christ Jesus.

And, by the way, I ended up marrying Part 1 of the valentine.


To read more posts on faith and love, or what you’re discovering about God’s love for you, please visit Bonnie Gray at Faith Barista. The links will be live Thursday morning.

Photograph: Pete Maravich Assembly Center by LSU sportsNet, LSU Athletic Publications. This is where Josh McDowell spoke in 1973.
Posted by Glynn at 5:00 AM

I am smiling ear to ear. That little tidbit at the last--about marrying part 1. That's pretty special. In light of knowing how much you treasure your marriage and your faith, I found this story so precious, Glynn.

He's still working on us, isn't He?

And so your journey began in earnest. Awesome.

From a good storyteller!

And that's a front page story for sure!

Christ -- always has the "lost" on his front page.

What a great story.

And, btw, I used to love Pete Maravich. He was my favorite sports star. :)

What a great retelling of your life. I loved both parts of your valentine!

This is the 2nd blog I have read today with Philippians 1:6 referenced. An awesome verse with an awesome promise.

A great story of love, Glynn! Isn't it wonderful how God can orchestrate all the events to work out just so. So glad that both Part 1 and Part 2 ended up with Love. God is good.

Great ending! And what great God - Who woos us, patiently.

That is an amazing story! Wow.

A double valentine and a double blessing!

and more people than you know are blessed because He apprehended you Glynn!

As soon as I heard LSU and thought this would be a testimony, I wondered if it had anything to do with CCC.

That's the ministry we work for and our Directors in Hungary (where preparing to move there long-term) did their stateside staff training at LSU...they were there about 10 years after you, but I knew the movement was strong, so well, my mouth dropped when you talked about Josh and the local CCC chapter...

And his book 'More Than a Carpenter' is one of the main ones that we hand out to students that we meet in Hungary...he left an amazing mark in the post-Communist world of Eastern Europe and Russia...

Well, needless to say, amazing and encouraging as this is the ministry we love and give our lives to be a tiny bit a part of it...and I had a hunch that part 1 became someone special to you:)

Wow. That's an amazing story, Glynn ... thank you for sharing it ... and what an amazing three days ... life changing and country changing all at the same time.

Glynn! That was amazing how you put your testimony in a blog post... with such beguiling mystery with a big reveal at the end. That is so crazy neat you met Josh McDowell. What a blessing you met two of the most important persons in your life that day.