An Interview with Maureen Doallas 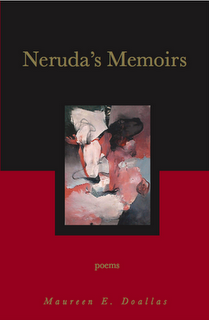 I had the pleasure of interviewing my online friend Maureen Doallas about her new book of poetry, Neruda’s Memoirs: Poems. Of course, I get carried away when I’m talking about something I really like or mildly/wildly enthusiastic about. So the interview was fairly thorough, and Maureen was very gracious.

Part of the interview can also be read at The High Calling, and part of it at TweetSpeak Poetry.

You’ve dedicated the book to your late brother, Patrick.

Yes. I dedicated the poems to him. As I say on the Acknowledgments page, it was because of him that I took up poetry-writing again. I wrote more than 100 poems about experiencing the disease that took his life. Some of those poems were shared at the NPR OurCancer blog (originally My Cancer), and the people there also had a lot to do with my continuing to write.

"Twenty-Two" I specifically wrote for my son's 22nd birthday. I also wrote one for his milestone 21st. His birthday came three months after his graduation from NYU last year, something that choked me up quite a bit. There are facts in that poem that are about him - his tats, for example, and the longboard he uses to get around. That feeling of needing to let go, of letting go but knowing there's always connection: I think that's universal among those of us who are parents. But I can't say I tried for that latter effect. I'm not usually conscious of that.

I think the best poems don't explicate. They don't need to. And in the editing for this collection, I learned how much better poems can be when they stay a bit open and don't conclude.

Many of your poems reflect your strong interest in the arts, and that's "the arts" is the broadest sense -- painting, music, literature. It's almost as if you're using poetry to understand and then explicate the work of art at hand -- "Portrait by Matisse" is an example; "The Exile" is about Frederic Chopin and is a poetic look at his life (and, I have to say, it is one of my personal favorites in the collection, but then I have a lot of personal favorites in this collection).

I wouldn’t say I'm writing such poems to understand or explicate their subjects. I view the poems you mention more as responses - to what a painting recalled to me or how it made me feel, to how I viewed a historical event I'd read about or researched. For me there's always a personal connection of some kind, but I've learned not to play that out so personally via the poem that the poem has no meaning for someone reading it.

Several of the poems are about current events -- 9/11, Hurricane Katrina, "Summer Headlines." This suggests that you believe poets have a part to play in helping interpret and understanding these news events.

As you know, I have a piece in the charity anthology Oil and Water...and Other Things That Don't Mix, a compilation of prose and poetry that responds to a theme of conflict broadly and to the Gulf oil spill specifically. In a Meet the Authors post for the anthology's blog, I wrote, "As writers, our most powerful actions sometimes are simply to bear witness through words, to raise our voices to foster awareness, to call out those responsible, to tell our stories to leave an impression and incite others to respond."

Poetry, just like photography or a painting or a news article, can be a way to document, to make a record.

I do write of such events to make sense of them but I also take them as subjects because they're fascinating and a challenge. In the case of the poem for the anthology, the event was so immense and its implications and effects so profound that I had to focus on a particular aspect of it, and what moved me to write were all the images of what was happening to the wildlife. 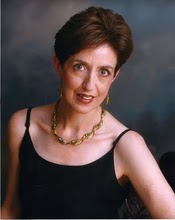 You've organized the poems in four sections -- Enter, Listen, Exit, Remember. Was this the poet's idea or the editor's? Whoever's idea it was, it works beautifully.
The press has an interesting style, which is to group poems in sections and to head up each section with a short essay that is regional or life-stage. I was not aware of the sections or their names until late in the publishing cycle. I wrote the essays without knowing which poems had been selected; however, I was pleased that they seemed to go well with the section names and subsequent selection of poems. I tried to write the essays with a view to providing a bit of personal information that is also connected with the subject matter of some of the poems generally.

Tell us about the editorial process of creating the book. How did you decide what poems to submit?

I was invited to submit as many poems as might be available for consideration for a collection of 50 to 80 poems. I did withhold some work but sent to my editor well over 150 poems, the majority written in the last two years. I think my editor appreciated having so many poems from which to choose.

My editor and publisher made the selection decision and shaped the overall organization. Last month, I received the compilation of selections with their line edits, and I sent back responses and additional suggestions, so there was exchange of information about some of the poems and ultimate accord about the edits. Once the major work on the manuscript was completed, I worked exclusively with the publisher on technical details (cover, proofs, etc.). I could not have asked for a better editor or publisher. The entire experience of working with both editor and publisher was wonderful.

How was the poem "Neruda's Memoirs" chosen to be the title poem?

The collection's title is taken from one the poems. It's one of my few "old" poems I've kept. It was my response to having read a lot of Neruda's poetry. The publisher loves it, and I like it a lot, too. A friend has created a beautiful video using it.

The cover art, "The Assumption of the Virgin" by Randall David Tipton, is marvelous. How was that particular piece chosen for the cover?

As soon as Randall sent me the image, I knew that would be the one I'd select. And the publisher early on had mentioned seeing the cover as "red." The image was perfect for that. I forwarded it and three other images to the publisher with my priority of choice. We happened to be in sync on our No. 1 choices. Once I saw the mock-up I would have been sore-put to consider anything else. And I think the publisher felt the same way. By the way, a limited edition of the print is available via the artist’s web site.

Maureen talks more about the poems and her background at The High Calling.

She also discusses her background and training at TweetSpeak Poetry.

My review of Neruda's Memoirs at TweetSpeak Poetry.

Diane Walker, a friend of Maureen’s, reads the title poem in a video she created for the book.

The Assumption of the Virgin by Randall David Tipton is the art used for the cover of Neruda’s Memoirs. (It’s also available as a limited edition print.)

Maureen blogs at Writing Without Paper.
Posted by Glynn at 12:55 PM

So fascinating to hear about the process from the other side :)

(The publisher considers Maureen to be a Neruda kind of woman-- always has. :)

I ordered the book yesterday and am eagerly awaiting its arrival ... looking forward to your interview at THC.