"Dying Inside" by Damien Boyd 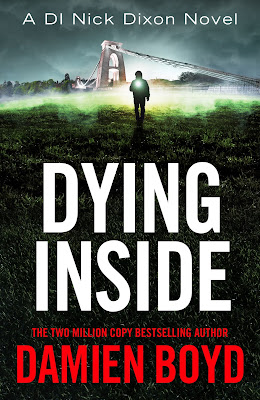 Nick Dixon is now a DCI, or detective chief inspector. His boss at the Avon and Somerset Police is pressuring him to aim higher, where a bigger job at regional headquarters awaits. Dixon, though, has a bias for action and on-the-ground investigations.

After some of the difficult murder cases he’s solved, helping a farmer furious over his sheep being shot with a crossbow sounds a bit beneath Dixon. But, to escape the seminars at headquarters, Dixon is ready for anything. But he soon realizes that the sheep were target practice; someone is perfecting their crossbow aim for victims of the two-legged kind. And those victims begin to appear.

Helped by police constable Nigel Cole, Dixon is soon investigating a murder by crossbow, and then a second one. Little seems to connect the victims. One was an investment broker who was helping people legitimately (barely) avoid taxes, until a law was changed and made retroactive. The second victim was a bureaucrat in the government’s fraud division, whose offense was that his name appeared on all the official notices. 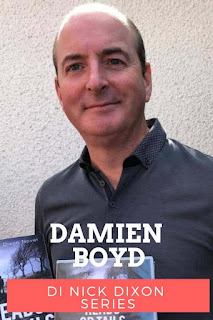 Dixon and Cole learn that nothing is what it seems, and that appearances are invariably deceiving. They story they unfold is told in a rather riveting way in Dying Inside, the eleventh DI Nick Dixon mystery by British author Damien Boyd.

Boyd uses his own experience as a legal solicitor and a member of the Crown Prosecution Service to frame his stories, and then infuses considerable research in just the right way. In the novels, Dixon had been a promising young barrister, until he chucked it all and joined the police. As it is, he’s one of the youngest detective inspectors in the Avon and Somerset police force; he’s also the most brilliant at solving cases which look unsolvable.

Dying Inside has the trademark Events and developments of the series – the police detective who looks at everything differently from his colleagues; an intricately woven plot that is expertly unfolds for the reader; and a thrilling end punctuated by a surprise development (DCI Dixon does not like loose threads at all). In eleven books, Boyd had not once failed to entertain with a well-told, well-written story.

My review of Damien Boyd’s As the Crow Flies.

My review of Damien Boyd’s Head in the Sand.

My review of Damien Boyd’s Kickback.

My review of Damien Boyd’s Swansong.

My review of Damien Boyd’s Heads or Tails.

My review of Damien Boyd’s Beyond the Point.

My review of Down Among the Dead by Damien Boyd.

I'm afraid to start reading these novels Glynn. I'm afraid I wouldn't get any work or sleep done.