"A Fatal Affair" by Faith Martin 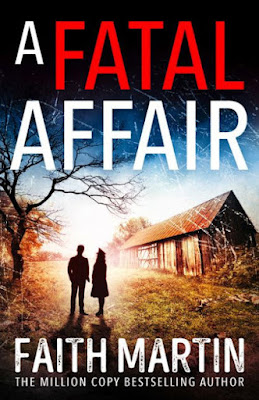 It’s 1962. The village of Middle Fenton, seven miles from Oxford, is preparing for the annual May Day celebration. In the early morning of the big day, the body of the May Queen is found tied with ribbons to the Maypole. The young woman has been strangled. The victim is young, attractive, and with the kind of presence and personality that attracts men of all ages and offends women.

The Oxford police investigate but leads and clues are few. Then the young woman’s boyfriend, a student at Oxford, is found hanging in the barn of a family he’s known since childhood. It looks like a case of suicide, either for remorse of the lost girlfriend or guilt for having killed her. The coroner’s jury at the inquest takes 10 minutes to return a verdict of suicide.

But the boy’s father, who happens to be the superintendent of the Oxford police, isn’t buying it. He turns to the coroner, Dr. Clement Ryder, and Women’s Police Constable (WPC) Trudy Loveday. The aging coroner and the young constable are an unlikely pair, but they’ve worked together to solve several murders, including crimes that looked like murder but weren’t. Loveday’s commanding officer isn’t pleased, but what can you do when your boss says just do it?

And progress is slow. It looks for all the world like what it appears to be – the young man killed his girlfriend and then took his own life. But if that were the case, why was he conducting his own investigation if the girl’s death?

A Fatal Affair by Faith Martin is the sixth in the Ryder and Loveday mystery series, and it’s every bit as good as its predecessors. It’s clever to create a team of an older man trying to hide the symptoms of Parkinson’s Disease and a young woman who’s brighter than her boss and her colleagues but finds herself (it’s the early 1960s) assigned to filing, making coffee, and patrolling for purse snatchers.

Ryder and Loveday sometimes solve the crime (and crimes) at hand through smart deduction. Sometimes it’s legwork. And sometimes it’s stumbling into the truth. A Fatal Affair combines all three into one satisfying story.

A Fatal Truth by Faith Martin.