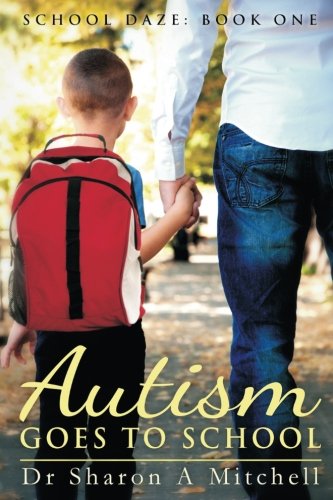 From an old girlfriend who moved away, Ben Wickens learns that he has a son. The girlfriend apparently wanted a child but not a marriage. He supports the child financially, and he even increases the support when the boy is determined to be autistic. He wants to be more involved, but the girlfriend has married and doesn’t want Ben to disrupt the family.

Three years later, the doorbell rings, and it’s the girlfriend, turning over the boy, Kyle, to Ben. She’s pregnant, focused on her marriage, and she thinks it’s time for Ben to step up and take over with Kyle. Given her decision to have the child in the first place and not telling him for two years, Ben does indeed step up. And he gets full custody.

What he’s not prepared for is Kyle’s autism. He knows nothing about dealing with it, or how to best help his son. He enrolls Kyle in kindergarten at the local school. Despite getting off to a really bad start with Kyle’s teacher, Kyle, and Ben, begin to make progress. The class is an experiment in mixing autistic children with normal children.

The teacher is Melanie Nichols. She has an older autistic brother, and she’s been specially trained in teaching autistic children. While her initial reactions to Ben Wickens are almost entirely negative, she slowly comes to see he truly wants to learn how best to raise his son. And she begins to find herself attracted to Ben.

Autism Goes to School is the first of six novels in the School Daze series by Dr. Sharon Mitchell. Mitchell uses a fictional story to explain autism, what it is, what it isn’t, and the resources available to help parents deal with it. The story could have easily become a clinical report, but the author neatly sidesteps that with an engaging story with sympathetic characters.

Mitchell has worked as a teacher, counselor, and consultant for several decades. She holds masters and Ph.D. degrees in autism spectrum disorders and has focused on helping children with autism reach as much independence as possible.

My only nit to pick with the story is the occasional use of profanity, mostly by the character of Ben. The narrative doesn’t need it, and it tends to be a distraction at times. But Autism Goes to School is still a good story about an important subject of vital interest to the parents of children with autism – and the rest of us as well.