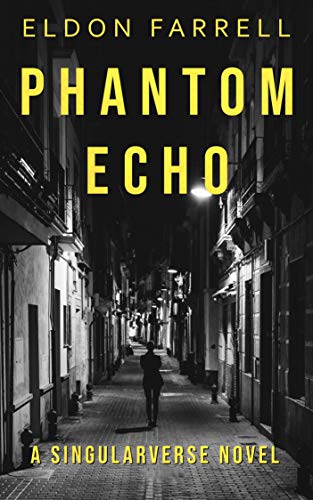 Nathan Miller and Tommy Roquefort are police officers in Union City, Virginia, called to a crime scene. A young woman from Syria, in the United States on a student visa, has been found dead in a really seedy part of town. She doesn’t belong there, which is one part of the mystery. She appears to have been strangled. Her dorm room has been ransacked. All signs point to her brother, who just happened to be in the U.S. at the time and whom the young woman seemed to fear. But a neighbor’s video shows someone else leaving the scene of the crime.

Miller and Roquefort are known for unorthodox methods, bending the rules. and bad jokes. They drive their boss crazy. They drive each other crazy. But because Miller is absolutely convinced the brother is responsible, the two take some time off – and fly to the Syrian family’s hometown of Aleppo. After some rather wild doings there, and barely escaping from both terrorists and the police, the two make their way to London.

Because something big is coming down, and London is the place where it’s supposed to happen.

Phantom Echo by Eldon Farrell tells the story of Miller, Roquefort, and the potential destruction of Britain’s largest city. It’s an action-packed thriller, so action-packed that it often feels like reading a movie script, including a nail biter of a cliffhanging climax. The story is billed as a “sci-fi thriller,” but there’s very little “sci-fi” and a whole lot of “thriller.”

Farrell has written numerous thriller novels, including Dawn, Singularity, Resistance, Horde Protocol, Realm of Shadows, United, Stillness, and Taken. An accountant by training and trade, he describes himself as an unapologetic fan of DC Comics and a “child of the 80s.”