"The Garden House" by Linda Mahkovec 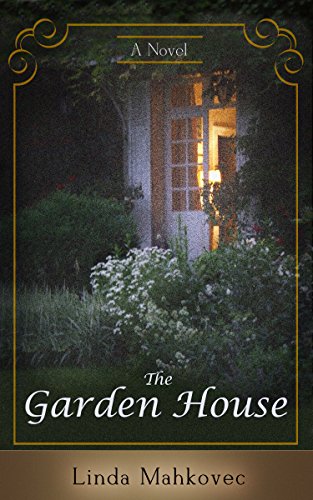 Miranda has turned 50, and she’s having something of a mid-life crisis. Happily married to Ben and living in a home she loves in Seattle, her two children are grown and both recently moved away. She’s considering returning to the art she loved in her youth but keeps putting it off. Her husband and her friends offer advice; it’s well-meaning but leaves her dissatisfied. A visit to drop a donation off at a homeless shelter for teens leaves her confused after sharp words from one of the girls there.

She loves her garden. And she loves the garden house, a small two-story structure her kids used for play and parties. But it’s empty, not unlike what she feels about her life.

She begins to have dreams about threatened children. There’s a boy and a girl, and they’re both in danger. Miranda (and Ben, when she tells him) writes them off as a response to the anxiety and dissatisfaction she’s feeling. But the dreams continue.

When a young professor rents the garden house for two months, Miranda doesn’t at first know whether to be pleased or not. She likes William Priestly, and he’s a quiet, keep-to-himself tenant. But her dreams come to be associated with him, and Miranda worries that something is clearly wrong.

The Garden House by Linda Mahkovec is a slowly building suspense story that avoids becoming a super-charged thriller. I’d call it “quiet suspense,” one that raises questions about dreams, personal crises, and how the past controls our lives.

Mahkovec is the author of seven novels in the Christmastime Series, set during the World War II period, and two short story collections, Seven Tales of Love and The Dreams of Youth. She’s currently working on her next book, The Tower: A Small Town Tale of Dreams. A native Midwesterner, she holds a Ph.D. degree in Victorian literature and lives in New York City.

The Garden House tells a realistic story of a woman dealing with significant changes in her life, unsure as to what direction she should go, overlaid with dreams of danger involving children.