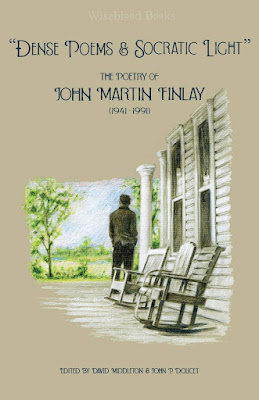 Reading the poems of John Martin Finlay is like meeting someone you should have known, figuratively and literally.

Finlay (1941-1991) received his B.A. and M.A. degrees from the University of Alabama. For his Ph.D., he chose Louisiana State University because of Donald Stanford, then-editor of LSU’s Southern Review. He enrolled in 1970 – when I was a sophomore at LSU. We never met, but we likely came close a few times. I was a journalism major, taking two courses in English literature – the ones the English majors took. And I read the Southern Review.

But I moved in undergraduate journalism and campus political circles; Finlay moved in English, literary and graduate school circles. We likely passed each other in Allen Hall, the building where most of the English classes were taught and where the professors had their offices. But we never met.