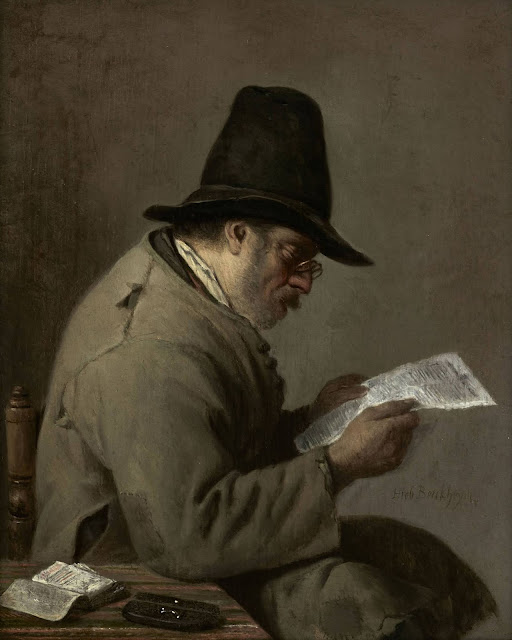 F
We’ve been reading about art museums “deaccessioning” some of the artworks they own to raise funds for both operational expenses and to acquire other kinds of art (and the word “other” in that sentence is a loaded one). The trend isn’t confined to art museums; Alexander Larman at The Critic Magazine has taken note of an upcoming auction of books from the library at Rugby School in England. If you’re in the market for a signed first edition of A Christmas Carol, a letter by Siegfried Sassoon expressing his opinions on his fellow World War I war poets, and an early folio of Shakespeare, you may have found the place to be.

Poet James Sale is writing an epic poem in English, a work inspired by John Milton and especially Dante. He’s written an essay for The Epoch Times, in which he commends the reading of Dante to provoke thinking. It comes down to truth, and whether or not Dante’s great epic The Divine Comedy is a true account.

Writing coach Ann Kroeker served as the editor of my non-fiction book Poetry at Work. She posts regularly about writing and writers, and she had an article this week that discusses reading like a writer, and the four aspects of it. She punched my own button on each one.

Is abuse more prevalent in the church today than in the past? – Stephen McAlpine.

But When Will I Be a Man, Sir? – A.W. Workman at Entrusted to the Dirt.

The “Shy Trump Voter” is a Suburban Woman – Kelsey Bolar at The Federalist.

A Short and Glorious Reign (of a Rooster) – Brian Miller at The South Roane Agrarian.

Where have all the Orators gone? - Nigel Jones at The Critic Magazine.

Love of Mine – Brendan Tobias Behan.

The Genius of Wordsworth – Algis Valiunas at First Things Magazine.

Love, According to E.B. White – Brianna Lambert at Mere Orthodoxy.

Thousands Upon Thousands of Words Later: A Personal Reflection on Writing – Bradley Birzer at The Imaginative Conservative.

Murder for the onset of shorter days: the British Library Crime Classics – Jeremy Black at The Critic Magazine.