"The Mystery of Charles Dickens” by A.N. Wilson 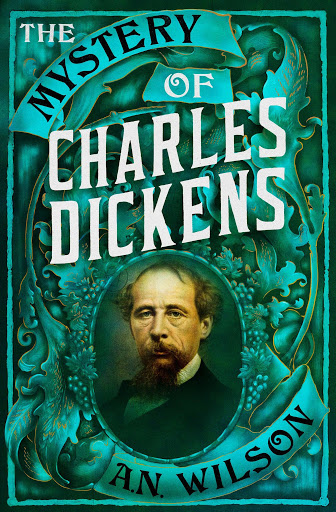 We live in a time when we destroy our monuments. Sometimes it’s physical destruction. Other times, we damn with faint praise – or praise with “faint damn.”

There is the mystery of fifteen pounds, thirteen shillings, and ninepence – which is the story of Dickens’s death, where he actually (or might have) died, and the young woman, Ellen Ternan, who was his mistress. The mystery of his childhood concerns Dickens and the blacking factory, unknown until his friend and first biographer, John Forster, disclosed it after the author’s death. This mystery also concerns the relationship between Dickens, his father, and his mother.

The mystery of the cruel marriage focuses on Dickens’s shabby treatment of his wife and the mother of his nine children. Then follows the mystery of his various philanthropic endeavors. Wilson turns his attention to the famous public readings, which likely contributed to the author’s final stroke and death. That’s followed by a look at the work in progress when Dickens died, The Mystery of Edwin Drood, and how much if it might have been autobiographical. The summary chapter looks at the mystery of the man and author himself, a summary of what’s come before.

Wilson relies heavily upon psychological analysis, assuming that a great deal of the man’s works and life can be directly traced to his upbringing and his complicated relationships with his parents, especially his mother. The connections become as bit tenuous at times, and the reader gets the impression that the author is straining here to make his points. Wilson also offers outright speculation, including that Dickens likely suffered the stroke that killed him at Ellen Ternan’s home and not his own at Gad’s Hill in Kent, as everyone else had reported and recorded, including the author’s own children.

The Mystery of Charles Dickens is not all speculation and psychodrama. Wilson does offer solid insights into many aspects of the man’s life and works. But to cite the author’s imagination and achievements while reducing many of them to the psychological impact of alleged betrayals by one’s parents is “praising with faint damn,” indeed.