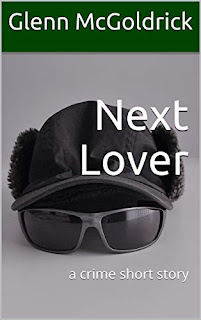 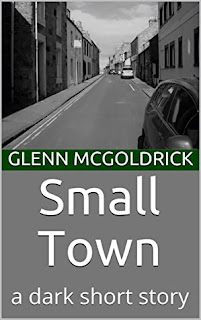 The Teesside region of northeastern England is tucked between York and Newcastle-on-Tyne. It’s an old manufacturing area, and it’s the setting for a series of short stories by British author Glenn McGoldrick. I should say dark short stories, where a criminal mind or criminal activity is always just below the surface, people do the unexpected, and life if full of twists and turns. Three recent stories show how.

In Small Town, Abbie Gordon is a young woman nearly beside herself over a series of small animal killings, including her cat Mr. Tibbets. She’s so upset that she begins to ask around, and she learns that other animals have been and are being killed. She’s determined to find the culprit, and she begins to distribute small posters all over town. But it’s a small town, and sometimes you might become a bit too successful. 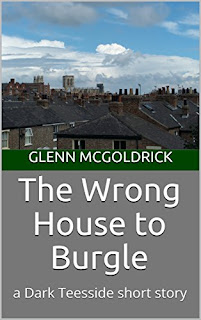 The narrator of Next Lover is more than a bit crass. He starts his story with “I needed a new partner, as things were getting a bit stale with Sarah.” You think you know what he’s talking about, until the “things” turn out to be stagings of attempted robberies, usually in car parks, which lead to something more sinister.

The Wrong House to Burgle is a story of revenge, or perhaps karma. A thief burgles a house, not knowing that it’s the house of an experienced criminal. It’s never nice to pick the wrong house of someone who knows how to find you.

Writing since 2013, McGoldrick specializes in short stories. He’s worked for both land-based casinos and cruise ships for a time, basing many of his stories on those experiences. His stories are dark, gritty, often involve a twist, and inevitably open insights into the human psyche. And his characters run the gamut of good, bad, and something in between, and often find themselves moving far beyond the boundaries of acceptable behavior. He lives in northeastern England.

Reading these dark Teesside stories, you feel like you may have just stepped into a criminal version of The Twilight Zone. You’ll find yourself wondering how many appearances are deceiving, and you’ll be looking over your shoulder to see who may be behind you.

“Six Down,” “Somewhere in England,” and “Dark Progresion” by Glenn McGoldrick.

The Dark Stories of Glenn McGoldrick.