"The Dentist" by Tim Sullivan 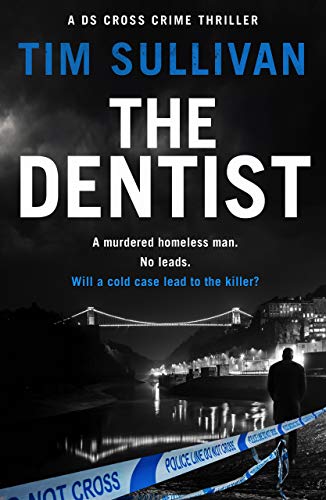 Detective Sergeant George Cross of the Avon and Somerset Police does everything – absolutely everything – by the book. He never cuts a corner. He meticulously writes and turns hi his reports, and on time. He’s known for being a bit strange; when he first joined the force he was bullied, but never seemed to mind. He’s makes a lot of his colleagues uncomfortable, with his prolonged face-to-face silences and inability to have normal social interactions.

But prosecutors love him; his cases have a 97 percent completion and conviction rate. They never have to worry that a DS Cross has been bungled or will get thrown out for some procedural reasons.

His boss has assigned DS Ottey as his partner; she seems to be the only one who can tolerate him, although she’s nearly desperate to be reassigned. As much as Cross drives her crazy, she knows she always learns something from him, that he thinks very, very differently than most policemen, and he has an astounding success rate.

Cross is assigned to investigate the death of a homeless man. It looks open and shut – another homeless man seems ready to take the rap. But Cross isn’t convinced. And because his chief knows his reputation, he’s allowed to investigate. The open-and-shit case turns out to be anything but. It connects to an unsolved murder from years before and to what looks like deliberate malpractice by the investigating police officer.

The Dentist by British author Tim Sullivan is the first in the DS Cross crime series, and it’s a riveting story, as much for the depiction of a police detective with Asperger’s as for the interesting story line. Sullivan allows the reader to get inside Cross’s head, and we come to see the world as cross understands it.

Sullivan has been a film director, screenwriter and novelist. His credits include sitcoms, televised crime drama like Maigret and The Casebook of Sherlock Holmes (starring Jeremy Brett). His movie screenplays include A Handful of Dust(starring Kristen Scott Thomas, Judi Dench, and Alec Guinness) and Where Angels Fear to Tread (with Helen Mirren and Helen Bonham Carter). He also directed Coronation Street and Thatcher: The Final Days, among others.

The Dentist a fine mystery, with an intriguing investigating detective, and a well-constructed plot that keeps the reader guessing until the end. It was such a good read that I immediately bought the second in the series, The Cyclist.