The Lost Portrait of Charles Dickens 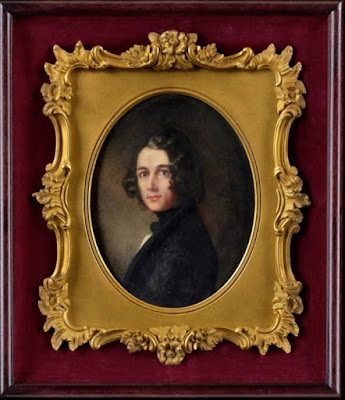 In 1843, Charles Dickens sat for a portrait by the English painter Margaret Gillies. At the time, the author’s career seemed to be ebbing. After the spectacular success of Pickwick Papers, Oliver Twist, and Nicholas Nickleby, readership for Martin Chuzzlewit was not only disappointing, it was actually declining with each succeeding installment in the series. His family was growing, and they had just moved from 48 Doughty Street to #1 Devonshire Terrace, across from Regent’s Park (and a step up from the earlier address).

He was working almost feverishly on another project, but his publisher insisted that he share the costs of the expensive binding and illustrations he wanted to use. The project had begun as a treatise on the treatment of children in Victorian London’s slums, but Dickens had quickly realized it would have a greater impact as a story. So, while sitting for his portrait, the 31-year-old author was working to finish A Christmas Carol.

Gillies, the painter, loved the portrait, so much, in fact, that she exhibited it at the Royal Academy Summer Exhibition in 1844. A steel engraving was made of the painting and reproduced many times. But, after the exhibition, the painting vanished. It would reappear until more than 173 years had passed, and when it did, it was in South Africa. It showed up with other materials meant for auction; at first, no one realized what it was. It was also showing signs of mold, a sure sign it had been left in someone’s attic or cellar and forgotten. 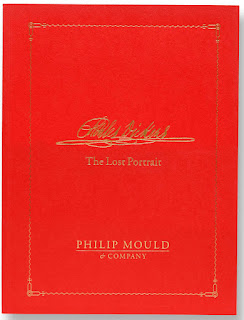 The identification was finally made and confirmed, and the painting restoration, has made its way to the Charles Dickens Museum in London. Charles Dickens: The Lost Portrait is the short, 52-page account of the painting’s creation and rediscovery, including some educated speculation as to how it made its way from London to South Africa, likely in the 1850s or 1860s.

The short book includes several essays. The English art dealer Philip Mould, who played a critical role in the painting’s return to England, introduces the book. Emma Rutherford describes how the portrait was painted. Lawrence Hendra provides the informed speculation on the painting’s provenance and how it likely went to South Africa. Lucinda Dickens Hawksley provides an overview of what was going on in Dickens’s life in the 1840s. And Louisa Price provides an interesting discussion of related objects in the Dickens Museum collection that help explain the man’s life.

If you’re a fan of Dickens, as I’ve confessed many times to be, or if you’re interested in painting, portraits, and art mysteries, Charles Dickens: The Lost Portrait is a fascinating story.