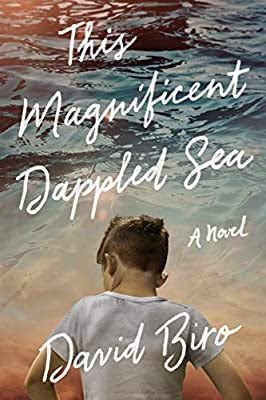 It is the spring of 1992. Luca Taviano is a red-haired boy living with his grandparents. His parents died in an automobile accident when he was a baby; he survived in his car seat in the back of the car. He gets a cold that doesn’t seem to want to go away. The doctor in Rondello, the small town they live in outside of Genoa, Italy, sends him for tests. And the cold that won’t go away is a symptom of leukemia.

Nina Vocelli is a nurse at the local hospital. The day Luca arrives for his testing is the same day she’s learned that a hospital doctor is breaking off his affair with her. Her anger leads to an initial upset with Luca, but she eventually becomes the boy’s main caregiver and champion.

The problem is that Luca’s leukemia is responding to treatment that way most childhood leukemia cases respond. In fact, it’s getting worse. The only solution seems to be a bone marrow transplant. But donors can’t be found. Ideally, the marrow needs to come from a close relative. But there’s a problem. Luca’s grandparents adopted his father, or so everyone believes. Only Luca’s grandfather knows the truth: Luca’s father’s parents were Jews trying to escape Italy during World War II, but they were caught and executed by Italian fascists. Luca’s Jewish heritage is about to upend a secret that is decades old.

Across the Atlantic, Rabbi Joseph Neiman works in a synagogue in Brooklyn. He’s wrestling with his faith; he’s wrestling with the problems of his 13-year-old son who’s continually getting in trouble at school. His wife is more orthodox; she also hates all things Italian because of what happened to her grandparents and other family members during to the war. Registering with a bone marrow office to help a sick girl leads to the discovery that Rabbi Neiman is an ideal match for Luca in Italy.

The lives of family and friends in Italy and America are intertwined in This Magnificent Dappled Sea by David Biro. It’s a story of how events and tragedies in wartime can have effects decades later, and how people discover their connectedness to other people they didn’t even know existed.

Biro, a graduate of the University of Pennsylvania, Columbia Medical School, and University of Oxford, is a dermatologist and teaches at SUNY Downstate Medical Center. He’s the author of One Hundred Days: My Unexpected Journey from Doctor to Patient and The Language of Pain: Finding Words, Compassion, and Relief.  He lives with his family in New York City.

This Magnificent Dappled Sea is a moving story of how identity and heritage may never really be what you think it is. It moves the reader to tears as it unfolds the tale of ordinary people thrust into extraordinary circumstances.