"A Baby's Right to Choose" by David Winters 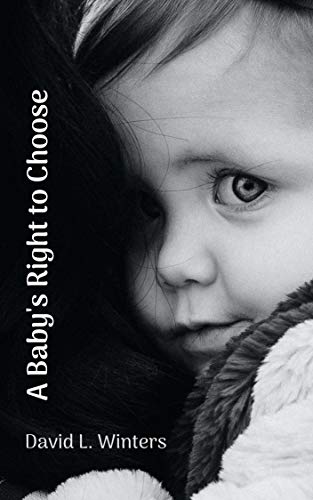 It’s small-town Ohio, about as typical as you can find in the Midwest. Madison Matthews works as a counselor at an abortion clinic. Her husband Zane is the wrestling coach at the local high school, and they’re raising their two children. Madison is increasingly under pressure from two sources. Her boss is pressuring her to advise clients to choose abortion. Her own conscience is telling her to resist.

One of those clients is Ashley, a high school senior with a bright future ahead. She and her boyfriend Terrell have gotten too close, and now she’s pregnant. Both are church-attending Christians. Ashley is at first inclined to go through with the procedure, but Terrell is opposed, despite what it might cost him in terms of a much-anticipated future.

A seemingly separate story is that a killer is targeting young women. The murder seems unconnected, but Madison begins to see a possible link between the victims. She also learns she’s unexpectedly pregnant with her third child. She’s brought to a crisis point when she is asked by her boss to substitute as an assistant at an abortion procedure – and she learns her obstetrician is also the doctor performing abortions.

In A Baby’s Right to Choose, author David Winters swirls all these stories together into what becomes a tale of conscience and suspense. With a narrative that could easily slip into the expected, Winters avoids the didactic by presenting the real dilemmas women (and men) face in questions involving abortion, because Ashley’s and Terrell’s problems are real. So, too, are the financial aspects of abortion clinics; their services are not free. And it pointedly asks what a Christian family might do when it’s their daughter who gets pregnant.

Winters is also the author of Five Christmas Plays, Taking God to Work, The Accidental Missionary, Exercise Your Faith, Sabbatical of the Mind, Driver Confessional, and Stock Car Inferno. He’s an award-winning author, humorist, and speaker, and had written for a variety of Christian publications. He lives in suburban Washington, D.C.

A Baby’s Right to Choose is not the easiest of stories to read; it contains a number of graphic scenes, including one of an abortion procedure. But it’s an important story, one that underscores that this is a complex issue for both obvious and not-so-obvious reasons.

5 Plays, a Story, and a Novella for Christmas.