Books I'm Not Recommending for Christmas 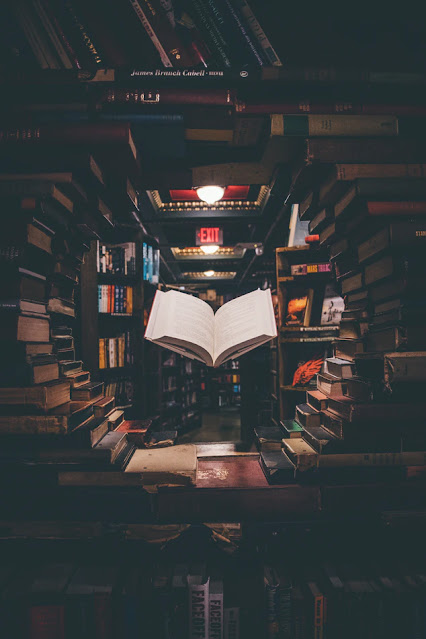 Each December, I publish my list of books I’m not recommending for Christmas. I could also call the list “the best books I read this year,” but I try not to press too hard on people as to what my ideas of what they should read. People can usually figure that out for themselves. Perhaps the real point of this is to look back at the year, and review the books that impressed me, challenged me, cheered me, and perhaps even changed me a little.

Looking at this list, and comparing it to previous lists, I can see that I’m increasingly moving away from what’s popular or celebrated in the culture. You won’t find many bestsellers or national prizewinners here. You also won’t find much that is transiently popular – books that skyrocket to fame because they happened to be available when something notable happened – but soon disappear into the pile you keep in the basement because they’re no longer news.

Here it is, the 2020 edition of the books I’m not recommending for Christmas. I haven’t selected any as “No. 1” in their category; instead, I’ve grouped the handful of the best titles in each category in no particular order. Each are linked to my review either here at Faith, Fiction, Friends, at Dancing Priest, or at Tweetspeak Poetry.

You can find some really fine analyses and biographies of writers and poets. These are some of the best I read this year. I really, really liked Cross of Snow.

The Music of Time: Poetry in the Twentieth Century by John Burnside.

The Making of Poetry: Coleridge, Wordsworth, and Their Year of Marvels by Adam Nicolson.

Cross of Snow: A Life of Henry Wadsworth Longfellow by Nicholas Basbanes.

The Poet and the Fly: Art, Nature, God, Mortality, and Other Elusive Mysteries by Robert Hudson.

The Soul is a Stranger in This World: Essays on Poets and Poetry by Micah Mattix.

I’ve loved poetry since elementary school, when we were required to memorize and recite poems (usually something like “The Midnight Ride of Paul Revere” by Longfellow. I found T.S. Eliot’s “Four Quartets” in high school. It made such a profound impact that I can even remember the bookshop where I bought it. And then poetry stuck throughout my career as (among other things) a speechwriter.

The Best Poems of Jane Kenyon, edited by Donald Hall.

Things My Mother Left Behind: Poems by Susan Richardson.

When Your Phone Dies: A Hurricane in My Head by Matt Abbott.

On the Shoulders of Hobbits: The Road to Virtue with Tolkien and Lewis by Louis Markos.

Wilber Wilberforce: A Hero for Humanity by Kevin Belmonte.

Land of Hope: An Invitation to the Great American Story by Wilfred McClay.

Borges and Me by Jay Parini.

The Art of the Commonplace: The Agrarian Essays of Wendell Berry, edited by Norman Wirzba.

What We’re Teaching Our Sons by Owen Booth.

I likely read more general fiction than anything else, most likely because I write it. Writing it gives you an appreciation for what fiction writers can do, where they fall short, and where they soar.

A Man by Keiichiro Hirano.

I love mysteries; I loved reading them since I was a kid. This year, I read (or reread) all of the Philo Vance mysteries by S.S. Van Dine, which were wildly popular in the 1920s and gradually declined in popularity in the 1930s. The great Scribner’s editor Maxwell Perkins said Van Dine was the only author he never had to edit (unlike F. Scott Fitzgerald, Ernest Hemingway, and Thomas Wolfe). Rather than list individual titles, I’ve listed authors of whom I’ve several works this year. Everything they write is good. The links will take you to the most recent review which will include a list of all of their works I’ve read and written about.

Fire in the Barley by Roger Longrigg.

Most romance novels are generally written according to a formula: Woman (or man) returns to hometown and rekindles romance with first love. Here are four that break away from that formula.

That Hollister Man by Margaret Desmond.

Peace in the Valley by Ruth Logan Herne.

His Father’s Son by Autumn Macarthur.

Classic books don’t have to be by big-name authors. What defines a classic is that its influence (and popularity) lasts, or that it broke ground when it was published and still hasn’t been equaled. Here are a few I read this year.

The House of Seven Gables by Nathaniel Hawthorne.

Shakespeare of London by Marchette Chute.

The Crime Novels of Ruben Fonseca.

The Tell-Tale Heart: The Life and Works of Edgar Allen Poe by Julian Symon.

Heart of Darkness by Joseph Conrad.

Top photo by Jarred Craig via Unsplash. Used with permission.

I most certainly agree with you on the Dunsky novels. I love the stories and have shared them with others. On the romance novels: I think you just described the Hallmark Christmas movies. :) And you forgot one series: yours. That, IMHO, is a great read for all.

Ha! I did read "Dancing Prince" about 17 times during proofreading. And I reread "A Light Shining" and "Dancing King." The difference is -- I would certainly recommend them, so they don't fit on a list of books I'm not recommending. :)

I definitely concur with you on the Dunsky books. I love the accounts and have imparted them to other people. On the romance books: I think you just depicted the Hallmark Christmas motion pictures. And you failed to remember one arrangement: yours. That, IMHO, is an incredible perused for all.
Custom Vape Cartridge Packaging

Robin - thanks for the comment! (And I agree about romance novels and Hallmark movies.)