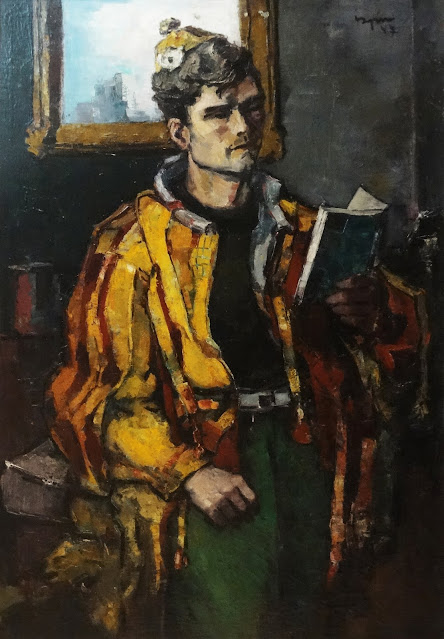 Louvain University in Belgium was founded in 1425, and over the centuries its library had accumulated all kinds of rare and important books and manuscripts. On Aug. 25, 1914, invading German troops burned the library, an act that so provoked international outrage that Kaiser Wilhelm sent a letter of explanation to Woodrow Wilson and a group of prominent German intellectuals protested. The library was rebuilt after the war, and then came round two, its destruction on May 16, 1940, again by invading German troops. Richard Ovenden at Literary Hub has the story.

November marked the 400th anniversary of the landing of the Mayflower at Plymouth Rock. It’s also the 400thanniversary of the Mayflower Compact, a document signed by the passengers that was, despite its brevity, the official birth of religious freedom in what would become the United States. Eric Patterson and Rebecca Blessing at Providence Magazine describe what is the first American covenant.

If you haven’t noticed, a small flood of people have begun to migrate from Facebook and Twitter to MeWe and Parler. Most are conservatives, reacting to the heavy-handedness of the big tech platforms in censoring posts. I haven’t experienced that personally, but I’ve seen it happen to quite a number of people. Twitter is generally clumsier at it than Facebook, but neither could be accused of finesse. Eric Geiger has some advice, especially for Christians but applicable to all, about consuming and contributing to social media responsibly. And the advice comes from the Book of Proverbs.

Passage in Venice – Royal Rhodes at Society of Classical Poets.

The life you have given me – Troy Cady at T(r)oy Marbles.

Six Actions for the Silent Weeks – Terry Whalin at The Writing Life.

The Psychological Benefits of Writing by Hand – Aytekin Tank at Fast Company.

Mood is the Most Underrated Literary Device – and the Most Valuable – Kelly Jensen at BookRiot.

It Isn’t Genre That Matters—It’s Story – Clare Macintosh at CrimeReads.

Dorothy at the Window – Esther O’Reilly at Plough Quarterly.

Why cinemas are worth saving – Samuel James at Letters & Liturgy.

The Problem with Journalism and New Media -- Andrew Gardner.