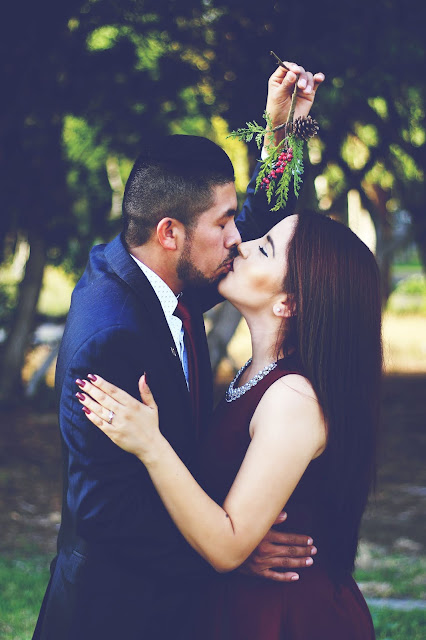 The novella is a popular form for romances of all types. It introduces readers to a writer; it’s less expensive (and a less expensive risk) if you’ve never encountered the writer before. It can serve as a promotion for a series or a standalone novel.

And the novella form seems to proliferate in the Christmas season. Its popularity at this time of the year is likely due to several factors, including the romance we often associate with Christmas, a shorter from is easier to digest during the busy season, and a short-form work of fiction offers a nice escape from gift buying, decorating, food preparation, and all of the other “events” of the Christmas season. And if it’s a novella and a romance, it has to have a happy ending – and this year, of all years, it’s nice to escape to something (or anything) with a happy ending.

If the past few weeks, I’ve binged on Christmas novellas. Part of the reason was a few happened to come my way almost by accident, a few showed up as promotions, and more than a few showed up from a publisher’s promotion. Today and tomorrow this week, and for two days next week, I’ll be doing short reviews of only a few examples of what’s available. Here are five.

In Mary’s Christmas Surprise by Carol James, Mary Sherman returns unexpectedly to her parents’ home after her fiancé has broken their engagement. What was expected to have been a celebratory Christmas in Colorado has become something more like ashes on the hearth. Her parents are traveling, and she expects to be alone with the family dog. Except for Jake Wolesky, a carpenter who is renting a room from the Shermans until he finds a place to live.

Mary hears someone moving around the house in the middle of the night and calls the police. It turns out the police know Jake very well – the officers work in his carpentry shop and share a Bible study with him.  The story has a cute premise and is an entertaining read.

Redeeming Christmas, also by Carol James, involves romance writer Olivia Slootsky (whose pen name is Olivia St. Madeleine) doing what she does best – watching people to invent stories for them and insert new characters into her books. One she spots buying perfume is Gabe Winter, whom she imagines to be an undercover copy, single dad, and half a dozen other things. Gabe turns out to be her grandmother’s new neighbor, and it’s clear that one thing is going to lead to another. It’s Christmas time, and Olivia’s grandmother is going to make sure Gabe is at their house. A lot. It’s a fun story.

Penny’s Yuletide Wish by Sally Britton is a historical romance novella set in a small town in Regency England. Robert Ellsworth and Penelope Clark had been inseparable childhood friends, until Penny’s parents died, and she and her brothers moved away to live with relatives. She and her aunt are visiting, staying with a local family for the Christmas holiday. Robert is an estate manager, feeling the sting of the class structure which places him far down the social ladder.

Penny, for her part, believes she offers a poor prospect for marriage, having a relatively small dowry and no real social position. She and Robert gradually discover their mutual attraction through a series of dinners and balls. Britton does a good job of capturing the class consciousness of the period and as well as the historical detail.

Dr. Noah and the Sugar Plum Fairy by Carla Rossi might have a title that raises eyebrows, but it is a funny story; Rossi has a gift for comic dialogue and a ditz of a character in Jane Trumbull. Jane brings an ailing cat to the emergency vet service. Expecting to see her usual veterinarian, she’s surprised to a different vet, young Noah Barron. They strike up a friendship, and Dr. Noah (which is what Jane calls him) learns that Jane by choice takes a back seat to her sister’s ballet dancing. The Local production of The Nutcracker is imminent, and the sister gets the flu. Jane’s ballet opportunity happens simultaneously with a growing romance with Dr. Noah.

Time’s Arrow by Clare Revell is a time travel romance. Jonni Peterson is housesitting while friends are on their honeymoon. It’s a big old pile of place, and the friends have hereditary titles. She’s quit her job because of the pressure exerted by her boos to become something more than an employee and a girlfriend. She goes out for a walk one snowy evening and finds herself run over by a horse and carriage.

Lord Sebastian Tyler, third Earl of Elton, is being driven home with his sister and mother when the coachman pulls up short. A young woman has been trampled and is lying unconscious on the side of the road. The Tylers take her home, noting how strangely she’s dressed, wearing pants like a man. When Jonni awakens, she learns she’s now living in the year 1841, and a considerable part of the plot centers on the differences between the 19th and 21st centuries and how Jonni will get back to her own time. That’s assuming, of course, she decides that what she wants to do. The story is fun romp set in the early Victorian period.

Top photograph by Julia Bonilla via Unsplash. Used with permission.