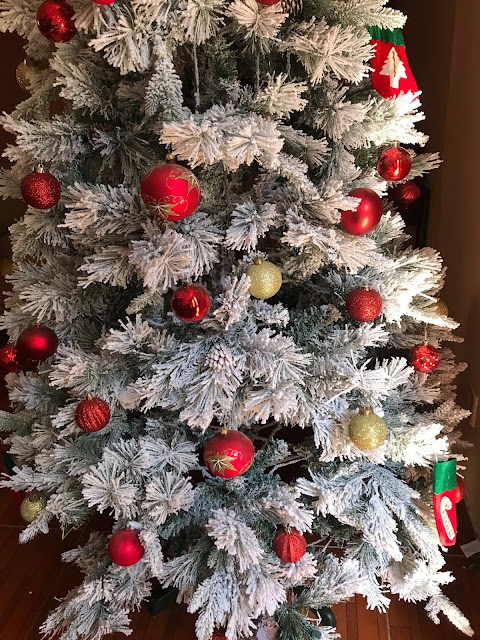 It’s Christmas time in Headley Cross in southern England, and DCI Boaz Matthias is visiting his family. Matthias is taking a break from his police job up north and is finding all kinds of interesting things to see and do in in his hometown. He’s been running each morning, timing his run to see the attractive young woman who runs at the same time.

Detective Constable Isabel York of the Headley Cross police enjoys running; she’s also enjoying the handsome stranger she keeps meeting on her runs. They meet for coffee, and then for dinner, and they both discover a strong and mutual attraction. Until they discover what each other’s jobs are, and then DCI Matthias is put in temporary charge of the Headley Cross force while the regular DCI has a family emergency.

The attraction flares into antagonism, and right in the middle of a murder investigation. Men playing Santa Claus keep turning up dead, and while it looks like suicide in each case, DC York has her suspicions. And she turns outs to be right.

Dark Streets Shineth is part of the York and Zander police mystery series by Clare Revell (Ellery Zander is Isabel’s police partner; she rents a room from Zander and his grandfather, and both are highly protective of DC York). It’s a fun mix of romance, mystery, murder, and Christmas, and Revell keeps the story moving briskly along.

A Blessed Blue Christmas by LoRee Perry takes a different turn, with Christmas down Texas way. Dahlia Delisi operates the Blue Dahlia Boutique in a small town. Not long before Christmas, into her store walks U.S. Marshal Sloan Letheby, her first love from her teen years whom she hasn’t seen in a long time. The attraction is still there, however, even though there’s underlying anger at how they parted.

Letheby still feels that same attraction, but he’s in the town on business. He and his partner are investigating a known criminal who’s rumored to be looking for a hit man. And Dahlia’s sister-in-law knows this guy from when she worked at a bar during a rough patch in her marriage. As it turns out, the criminal’s interests lie a bit too close to the Delisi family.

Both stories fall into the Novella / Romance / Christmas / Christian fiction genre, which turns out to be quite a bit larger than I realized.

Carnations in January by Clare Revell.

Top photograph by Paola Vic via Unsplash. User with permission.