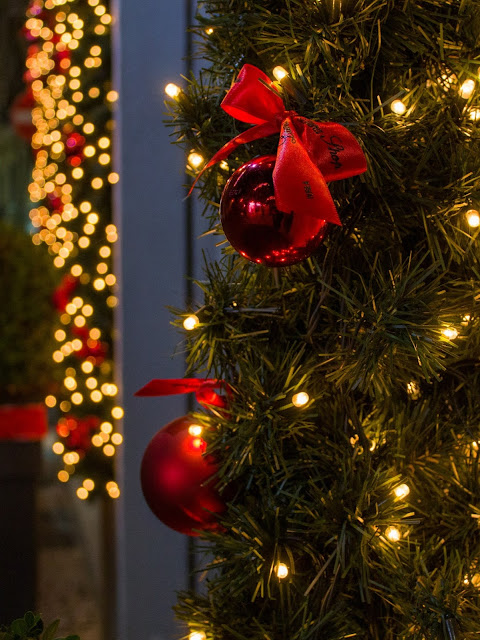 A Canadian exchange teacher finds love next door in suburban London, a movie star comes home and discovers his childhood love, seat mates on an airline flight from Los Angeles to Minneapolis via Denver experience more than connecting flights, a New Orleans sous chef finds an old childhood friend in the Rockies of Colorado, and an interior designer with a domineering and bedridden boss loses her heart to the boss’s son. It’s the next batch of Christmas romance novellas.

In Christmastime in London Town by Clare Revell, Kelly Seda is a Canadian schoolteacher raising his daughter Wendy on his own after his wife’s death. The opportunity to teach in London that he almost received unexpectedly reappears, with only a few days to prepare before he’s teaching first grade in a suburban London school.

Staci Kirk is a writer raising her son Tommy alone, her husband having been killed in action in Afghanistan. She suddenly has a new neighbor, and she goes the extra mile to welcome Kelly and his daughter to England. As the Christmas holidays approach, Kelly and Staci discover there may be more to neighborliness. A major scene of the story takes place in central London, and it’s fun to read about Hanley’s Toy Store, the big Christmas tree in Trafalgar Square, and St. Martin-in-the-Fields Church.

A Christmas Homecoming by Kimberly Rose Johnson tells the story of interior designer Bailey Calderwood, who lives in Oregon and is working for a tough boss who’s recovering from a stroke. The boss’s son, Stephen Belafonte, returns home from France, where he’s been living after the death of his wife three years previously.

His mother wants Stephen to fire Bailey, but she won’t say why. What Stephen learns is that Bailey is the glue holding the business together, and he doesn’t understand why she puts up with his mother’s bullying. He’s also falling for her. In addition to the family issues and a growing attraction to Stephen, Bailey senses she’s being followed everywhere she goes by someone driving a silver sedan. The story mixes together some Christmas, some romance, and a bit of suspense.

In Mistletoe Movie Star by Stacey Weeks, Jonas Blade is a movie star with a passel of romantic movies behind him (think the Hallmark Channel). He’s returning home to Misteltoe Meadows to close his grandfather’s estate, which included a lodge, a Christmas tree business, and even an old motel now occupied by homeless people when they’re not chased away by authorities. Charlene is Jonas’s old teenaged friend and now a veterinarian. Charlene’s also trying to convince the town’s council to do something for the homeless, while trying to watch out for three girls she suspects fall into that category.

Jonas and Charlene meet by accident (literally) and only slowly realize who they are; Jonas Blade is a film name and Charlene has changed considerably when they spent summers together as teens. He’s determined to help her address the homeless problem; the two are also rediscovering the love of their teen years.

First Class Christmas by Katy Eeten brings together two seatmates on an airline flight. Mandy Brockman is flying home from Los Angeles, where she was in a friend’s wedding. She had expected to have her boyfriend be her wedding date and then go skiing with his family, but he broke up with her right before the wedding. On the plane, she’s seated next to Chase Hawkins, an Olympic pole vaulter also on his way home to Minneapolis.

Mandy and Chase discover a mutual attraction, but there’s a problem. She’s drifted away from church, while Chase is not only firmly anchored in his faith but is also part of the church worship band and an outreach program to the city’s less fortunate. He pulls Mandy to the church service and to helping others, but will their relationship take off?

A New Orleans sous chef is the heroine of Deep Freeze Christmas by Marian Merritt.  Leona Buquet has accompanied chef Julian Mayeux from their native New Orleans to Colorado. They’ve been hired for a week to cook for some old friends of Julian’s who are in the movie production business. Leona is thrilled to be visiting a part of the country she’s never experienced, and to see snow at Christmastime.

Cameron Fleming is the son of the movie production company chief, and he remembers growing up in New Orleans and helping Chef Julian in the kitchen, so much so that he really wanted to be a chef himself. He’s expected to accompany a diva of a movie star who’s also visiting, but he has no interest in her at all. But he knows Leona looks familiar, and a growing attraction between him and sous chef quickly leads to rekindling a long-ago childhood romance.

Top photograph by Levi Midnight via Unsplash. Used with permission.