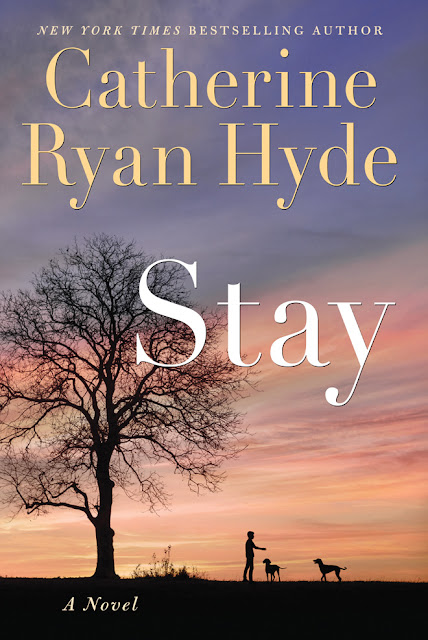 It’s the late spring of 1969. Fourteen-year-old Lucas Painter has taken to running in the woods near his small town. His running is something of an escape; his parents fight constantly. His older brother Roy is in the army in Vietnam, where the war is at its height. Lucas’s best friend Connor Barnes has a similar problem with his own parents, except they never fight. They never seem to talk to each other.

One morning, while running in the woods, Lucas gets lost and discovers a cabin, a cabin seemingly guarded by two very large and threatening-looking dogs. He runs, the dogs give chase, and it’s a while before the frightened teen realizes that the dogs aren’t chasing him but actually running with him. The run with the dogs becomes a daily thing, until the day he finds them pacing the cabin porch and refusing to leave. Lucas looks in the window and sees an older woman in her bed, not moving. When his yelling doesn’t rouse her, he races home to call the police.

The woman is Zoe Dinsmore, a figure no one in town wants to talk about. She was involved in a tragedy years before Lucas was born, and the tragedy led to alcohol and drugs. She’s just tried to kill herself again. Lucas, on the advice of Zoe’s estranged daughter, tells Zoe he won’t take in her dogs if she tries again.

Zoe and Lucas become friends. When Connor begins to talk of suicide, Lucas introduces him to Zoe. And when Roy returns from Vietnam, addicted and seriously injured, Lucas manages another introduction. And somehow, all of these hurting people, grope toward helping each other.

Stay by Catherine Ryan Hyde is their story, told by Lucas looking back to that summer, the summer when everything changed. It’s a coming-of-age novel, and it’s also something more, a story of brokenness healing itself.

Hyde is the author of some 34 works of fiction, including novels for both adults and young people, children’s stories, and short story collections. She’s also written four non-fiction works. The best known of her novels is Pay It Forward, which was made into a movie and helped Hyde create the Pay It Forward Foundation, which she chairs. She’s a speaker, loves horseback riding, and in 2016 took a trekking vacation in the lower ranges of the Himalayas. Her next novel, Anton, is due to be published in December.

Stay is a moving, often heartbreaking story, a story of a boy growing up in a tumultuous time who has to decide what’s important in his life.