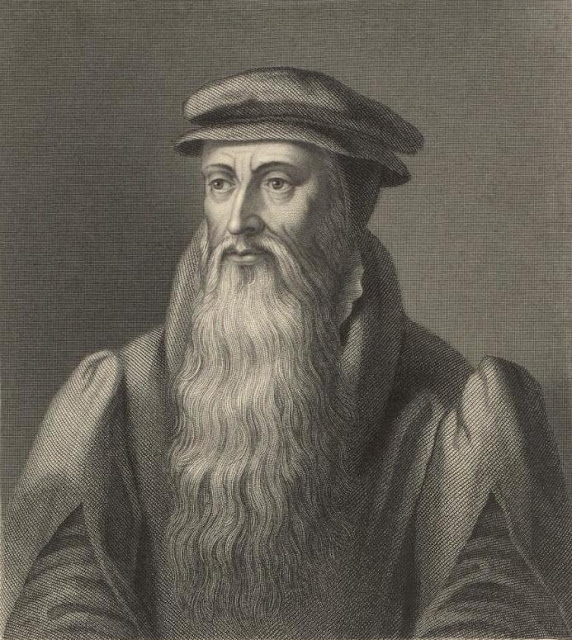 I have to confess to a certain amount of ignorance about the Scottish Reformation. I’m more than familiar with the English Reformation, and how it was tied up in European politics and the line of succession in the House of Tudor. And I’ve read about what came after, with the translation of the King James Version of the Bible and, a little later, the Westminster Confession.

But as for what happened in Scotland, what I knew was through the lens of Mary Queen of Scots. I knew one name – John Knox (1514-1572). But what I knew about John Knox was limited to a few scenes in the 1971 movie “Mary Queen of Scots,” starring Vanessa Redgrave, Glenda Jackson, Patrick McGoohan, Timothy Dalton, Nigel Davenport, Trevor Howard, and Ian Holm. The character of John Knox, played by the Scottish actor Robert James (1924-2004), was limited to a few scenes where he would harangue Mary as she rose by with her retinue.

That’s how the movie portrayed it. But it didn’t actually happen that way.

Knox was a minister and theologian who played a critical role in the Scottish reformation. He was the founder of the Presbyterian Church of Scotland and renowned for his sermons and speaking ability. Because Scotland’s queen regent (Mary of Guise) and her daughter Mary Queen of Scots were Catholic, Knox often found himself at odds with the ruling authorities.

At one point, he was taken prisoner by the French; when Henry VIII’s daughter Mary became queen of England, Knox, who had been a royal chaplain to her brother, Edward, was forced to flee the country and live in exile. (Mary had a number of his contemporaries and fellow reformers, like Thomas Cranmer, Archbishop of Canterbury, burned at the stake.) His choice of exile was Geneva, where John Calvin was living and preaching. When Mary died and her sister became Elizabeth I of England, Knox returned. 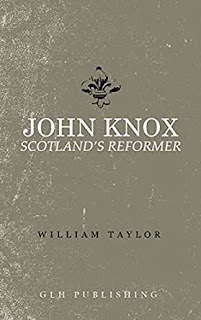 The Protestant Reformation in Scotland became a political revolution, ousting Mary of Guise. It was then that Knox criticized Scotland’s Mary for continuing to practice the Catholic faith, but he did so from the church pulpit. Eventually, Mary Queen of Scots sought refuge in England and the protection of her cousin Elizabeth. Knox was known and lauded for his sermons, but very few have survived.
In the last decade, a renewed interest in Knox has led to both a few new biographies and reprints of older works. GLH Publishing has reprinted John Knox, Scotland’s Reformer by William Mackergo Taylor, first published in 1885. It’s a 19th century biography, but it is still very readable and provides a succinct account of Knox’s life and work as a reformer. What Taylor makes clear is that Knox is one of the most influential figures in Scottish history, helping to shape the country and its faith in the tumultuous 16th century.

But he didn’t sit by the roadside, waiting for Mary Queen of Scots to ride by so he could tell her she was a wanton heretic. The movie is highly entertaining; Taylor’s 1885 biography is more factual.