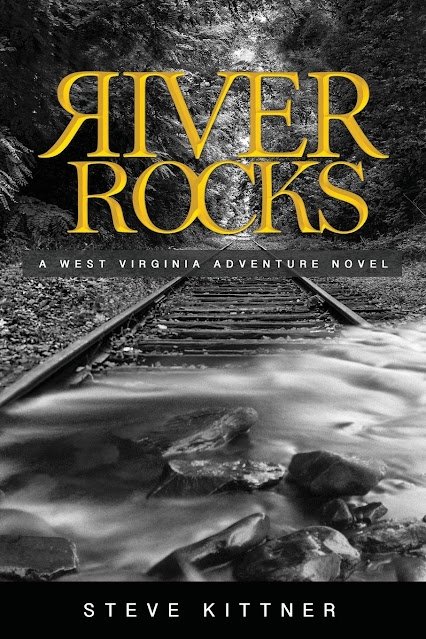 Josh Baker and his best friend Eddie are 14, and they’ve grown up together in the Kanawha River Valley of West Virginia. There is nothing they love better, well, almost nothing, than to fish. A close second might be camping out in the woods.

It is by fishing one day that the boys discover an old-fashioned milk can, with a sealed lid. It’s sealed pretty strongly, but it eventually gives way before two determined boys. And inside the can they find a sketch made on old animal skin, accompanied by writing with some of the letters missing or faded.

What they can make out are the words “Southern Jewel.” They have a friend working at the library who agrees to help with some of the research; Josh has something of a crush on the “older woman” (she’s 17). Slowly but surely they begin to unravel what the map is about – a train robbery from more than a century earlier, rumors of Confederate gold, and the deaths of five railroad employees. The boys soon realize they’re on the verge of one of the greatest dreams for any kid – a hunt for long-forgotten treasure.

The problem is, several other people are just as interested. And someone is going to let nothing stand his way, including two young teenaged boys.

River Rocks: A West Virginia Adventure Novel by Steve Kittner is the story of Josh, Eddie, their friends, and their enemies, all on the hunt for gold from the old Confederacy. The story is aimed at the middle grades, but it’s a fun read for almost any age from 10 and up. It’s not only a mystery and suspense story; it’s also a coming-of-age story that strikes similar chords for any of us who were once teenagers. Which is all of us.

Kittner was born and raised along the Elk River in West Virginia, and the story reflects a number of his own growing-up experiences in the river valley and forests of the area. River Rocks is the first in a series, the others being What Lies in the Hills, What Lies in the Sea, and What Lies the Keys. He’s also written several stories for young children. He and his family live in Florida.

For those of us who grew up with woods nearby, a river (no matter how large or small), and the imagination to invent stories and mysteries almost out of whole cloth, River Rocks is an entertaining tale with a touch of childhood nostalgia. And it has a nail-biting, cliffhanger of an ending.