Christmas is Coming, and That Means Romance 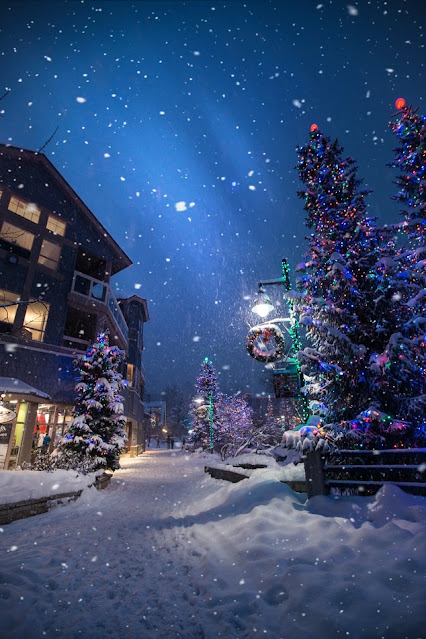 If Christmas is coming, then romance can’t be too far behind. Three romance stories use Christmas as the backdrop to unfold their tales. There’s snow, guilt from the past, rehabilitation of bad boys, and the magic of the holiday rekindling old loves.

In Risking It All for Love by Kimberley Monpetit, Pastor James Douglas looks from the window of his church office and sees a young woman in the cold December wind, sitting by a grave. She’s not moving, despite the frigid temperature in Snow Valley, Montana. When he investigates, the young woman runs off. 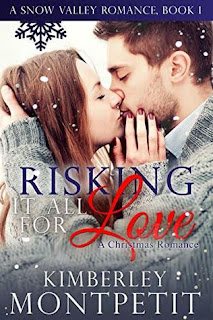 Jessica Mason has returned home for a Christmas visit after being gone for five years. She’s a dancer with a New Orleans ballet company, and she left Snow Valley after the death of the boy she’d known since they were children. He’d been killed in an automobile accident; Jessica was a passenger but was largely unhurt. She blames herself for his death; they’d been drinking, and she didn’t try to stop him from driving.

She plans to return to New Orleans after the holiday, and the last person she ever thought she’d been interested in is a pastor. But there it is, and they find themselves in a budding relationship. But will it last? Author Monpetit keeps the reader guessing, and there’s a follow-up story, so what may look like a done deal might not be. 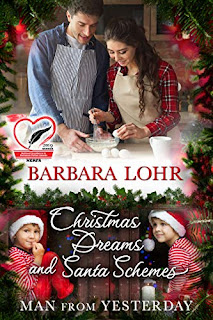 Christmas Dreams and Santa Schemes by Barbara Lohr, Sarah is trying to raise two boys alone and manage a bakery and coffee shop. Her husband Jamie had been killed in an overseas war, and she has some help from her mother. Helping with the baking is Ryan, Jamie’s brother, who was always something of a ne’er-do-well and the black sheep of the family. Ryan works full-time as a mechanic in a local garage, and splits shifts at the bakery so that he’s actually working two full-time jobs.

Ryan is well aware of his reputation in the family, and he knows it’s well-deserved. But he dearly loves his two young nephews, and he’s finding himself falling in love with their mother. The two boys love their uncle as well. Christmas is coming, and the two boys conspire to see if they can pull off a little holiday romance. 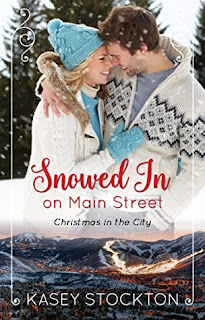 What’s Christmas without snow? In Snowed In on Main Street by Kasey Stockton, snow plays a significant role in reconciling two people who years before thought they were going to be married, but didn’t.

Mia Murphy is an assistant manager at a ski resort in Utah, and her boss has taken Christmas week off to see grandchildren, leaving Mia in charge. The last person she expects to see walk in the door is Elliot James, the heartthrob of daytime television.

He’s also Mia’s former boyfriend. Six years before, a snowboarding accident had left Elliot’s Olympic hopes in shambles. He broke off their engagement and broke her heart. He was off the radar for a while until he resurfaced as a daytime actor. When he arrives at the lodge for a family reunion, he and Mia are forced to face their past, and each other. And then the snowstorm arrives. You’ll find yourself rooting for the snow to keep the roads closed.

You have to have some romance at Christmas.

Top photograph by Roberto Nickson via Unsplash. Used with permission.