"Coming Home to You" by Barbara Rohr 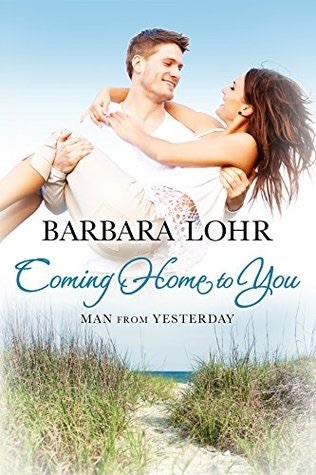 Kate Kennedy has left Boston and come home to Gull Harbor, Michigan. Her mother has suffered a stroke and is recovering in a care facility, and Kate’s older sister is too busy with her business in New York City. Kate has not only left Boston behind; she’s also left her former husband, and their final divorce decree is imminent.

Cole Campbell is a developer in Gull Harbor, determined to make sure that the town doesn’t go the way of so many other towns and die. Not everyone in town is thrilled with the changes he’s bringing. Cole is divorced from the girl he dated in high school and then married; no one knows the whole story, but she’s off in California and he has full custody of their young daughter.

In high school, Cole and Kate were on the debate team together. He’s two years older, and Kate always had a crush on him, and perhaps more than a crush. But he broke her heart by taking the girl he eventually married to the senior prom. Kate finds herself just as attracted to him more than 10 years later, but she doesn’t like how he’s changing the town. And she joins the opposition, including secretly printing and distributing leaflets opposing Cole’s plans.

Coming Home to You by Barbara Lohr is the story of Kate and Cole, and it turns on several narrative themes – the romance between Kate and Cole, Kate’s decision on whether or not to return to Boston, Kate’s relationship with her mother and older sister, and Cole’s plans to revitalize and save Gull Harbor.

Lohr is the author of numerous romance novels, developed under three series. The Windy City series is comprised of seven novels, as is the Man from Yesterday series (Coming Home to You is the first in this series). She’s also published two novels in the Friends to Lovers series, as well as three novellas and several short stories. She lives in the South.

Will Kate’s anti-development activity become public? Will she resolve longstanding issues with her mother and sister? And will Kate and Cole work through their individual pasts to find each other? Coming Home to You is a fast-reading, entertaining story – and smoothly sets the stage for the novels-to-come in the series.