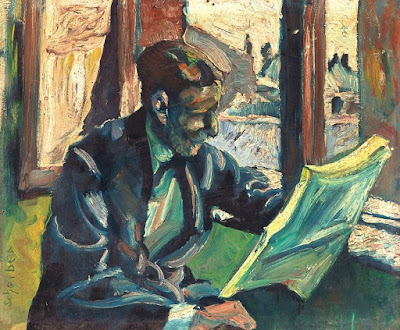 Poets have been writing about nature since, well, since there was poetry. Kerri Andrews at Literary Hub takes a look at Scottish poet and writer Nan Shephard (1893-1981) and describes her genius for the Scottish Highlands.

Critical Race Theory “suddenly” seems to be everywhere – embraced by groups as diverse as street protesters, academics, government contractors and bureaucrats, and corporate CEOs. A fair number of Christians, both lay and pastors, have been writing about it, and with good reason: CRT stands in stark opposition to the message of the Gospel. Alan Shlemon at Stand to Reason goes a step beyond, and he asks how the church can prepare for the next cultural revolution.

The (unnamed) blogger at A London Inheritance has an unusual blog approach: utilizing old photographs of London neighborhoods and then juxtaposing them with recent photographs by the blogger. I was looking at one post, “Millbank Estate and Millbank Penitentiary,” and realized I knew that neighborhood. Not only did I know, I’ve also walked it many times on early morning walks from my hotel and on visits to and from the Tate Britain museum. Who knew that area once housed a prison?

What I Learned in Autumn – Marilyn Gardner at Communicating Across Boundaries.

Irish poet Derek Mahon has died, but he left behind this lyric of hope – Dan Sheehan at Literary Hub (poem read by actor Andrew Scott).

My Gardening – Paul Brookes at The Wombwell Rainbow.

Life Gets Worse for Verse – Secret Author at The Critic Magazine.

Parents, the Little Moments Matter Most – Melissa Edgington at Your Mom Has a Blog.

Open Letter to the People Who Bought My Parents’ House – Rebecca VanDoodewaard at Gentle Reformation.

The most famous bedroom in art history - Martin Bailey at The Art Newspaper.

An Apologetic for Storytelling – Ben Palpant at The Rabbit Room.

“The same adorable source:” A review of America on Trial: A Defense of the Founding – D.Q. McInerny at New Criterion.

“The Foot That Is Gone Pains Me The Most” – Sarah Kay Bierle at Emerging Civil War.

This Swiss Hotel is Inside an Observatory