A Tale of Two Paintings 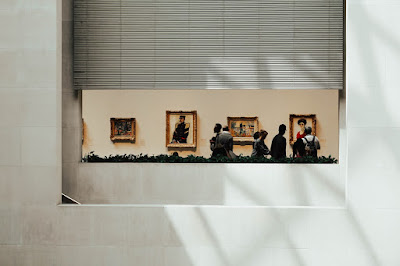 Jason Kent-Hughes, the adopted son of Michael and Sarah, is working as an assistant curator at the Tate Modern. Sarah describes him as their “San Francisco street child with a gift for painting and art administration.” After graduating from school in London, he did a year of military and then enrolled at the Slade School of Fine Art, part of University College London. After receiving his degree, he joined the Tate Modern.

As he explains to Michael, he gave a talk at the museum about the paintings done by Sarah that are in the Tate’s collection. It’s part of a regular weekly feature, he says, in which a staff member speaks about their choice of topic – something they’re working on, something in the collection, an upcoming exhibition, a research project, and so on.

To continue reading, please see my post at Dancing Priest.

Photograph by Abbie Bernet via Unsplash. Used with permission.