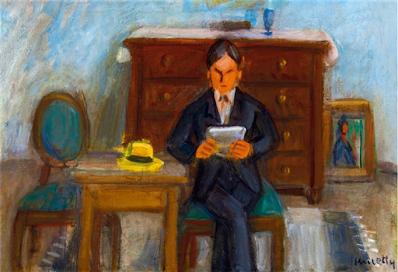 For the first time since March, I’m preparing to go to church. Physically go, I mean. We’ve been watching the worship service via the online broadcast each week; our age and underlying health put us both in the high-risk category for the virus. But tomorrow, I will go. And the reason is what Noah Van Niel at Plough talks about: The church is other people.

Speaking of pandemics, cholera was a scourge in the 19th century in many cities, including St. Louis and London. No one knew the cause, that is, until Dr. John Snow figured it out in London in 1854. I had seen the fictionalized account in one of the episodes of Victoria on television, but A London Inheritance has the non-fictionalized account.

In 1994, the last book by Christopher Lasch was published posthumously. It was entitled The Revolt of the Elites, and it eerily predicted one aspect of our current cultural moment – when our corporate, media, academic, foundation, and entertainment elites are moving in lockstep in one direction, while many in the public at large are scratching their heads and saying “What?” Antonio Garcia-Martinez at The Pull Request talked with Martin Gurri, a former member of the CIA’s global media analysis team, about his book The Revolt of the Public. And then he followed it up with his own essay about the twilight of the media elites.

An Interview with Amit Majmudar – Ally Pate at Tributaries.

The Green Man in Autumn – David Russell Mosely at The Imaginative Conservative.

Why We Need Poetry – Nikki Giovanni at Literary Hub.

Government Of, By, and For the Elite – J.D. Vance and Chris Arnade at American Compass.

“Why We Need a Better Definition of “Conspiracy Theory” – Tim Challies.

Secrets That Hold Us – Donna Hemans at The Millions.

Were the Christian Abolitionists Wrong? – Samuel Sey at Slow to Write.

A Different Summer – Andrea Sanborn at A View of the Lake.

Cecily Brown: ‘I’m trying to understand what England means to me’ – Louisa Buck at The Art Newspaper.

The Royal Navy in the front line against slavery – Jeremy Black at The Critic Magazine.

Where to Find Narnia in the Real World – Chris Leadbeater at The Telegraph.

Edgar Allen Poe and the Rise of the Modern City – Scott Peeples at CrimeReads.

A Fateful Experiment at Jamestown – James Horn at American Heritage.

Into the West – Peter Hollens (from Lord of the Rings)