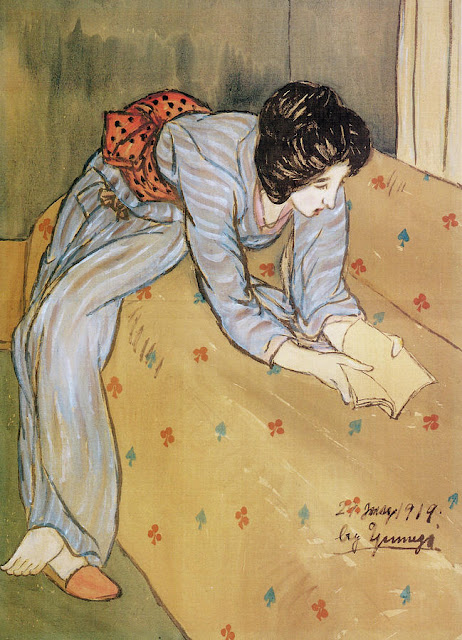 One hundred years ago this month, an unknown writer published her first mystery novel. The manuscript had been rejected by half a dozen publishers, until one saw its promise. The book was The Mysterious Affair at Styles. The writer was Agatha Christie, and her story was the debut of the Belgian detective Hercule Poirot. The rest, as they say, is mystery history. J. Kingston Pierce at CrimeReads talks about Christie’s efforts to get published, her “masterful” ability to misdirect the reader, and shows the covers of the editions that were published for decades after.

The Critic is a relatively new literary magazine published in the U.K. It has a conservative bent and looks at literature, UK politics, and culture in general. A recent article by Alexander Adams, “Marxist Magic Realism,” discusses how a country, the former Soviet Union, embraced political correctness so intensely that it descended into a kind of madness.

In August, I posted about Walter Duranty, the New York Times reporter in the 1920s and 1930s who won a Pulitzer Prize for reporting on the famine in the Ukraine; a personal friend of Stalin, he claimed there was no famine. Either he accepted Stalin’s statement or he lied or both. Rod Dreher at The American Conservative had some words this week about “Walter Duranty’s newspaper.” A columnist, Bret Stephens, took on the 1619 Project as “a thesis in search of evidence,” and all heck broke loose. Perhaps the article in The Critic noted above should be read with this one.

A Poem on Kangaroos: ‘With Spring in Their Step’ – David Watt at Society of Classical Poets.

Britain is the country which made and Ireland has lost the old Northern Irish poet called Derek Mahon – John Cooper at Britain is no country for old men.

C.S. Lewis, “Transposition”, and the philosophy of mind – Sean Walsh at The Critic.

The Evaporation of Empathy – Chris Martin at Terms of Service.

Discovering Columbus: Heroes and history in an ideological age – Robert Royal at Claremont Review of Books.

Pro-Life Evangelicals for Abortion? – Samuel Sey at Slow to Write.

The Christian Blesses in the Midst of the Curse – Michael Kelley at Forward Progress.

The Stones of Lewis, Portals in Time – Hugh Raffles at New York Review of Books.

The Elephant’s Graveyard: Oxford, Where Ideas Go to Die – Fergus Butler-Gallie at The Fence.