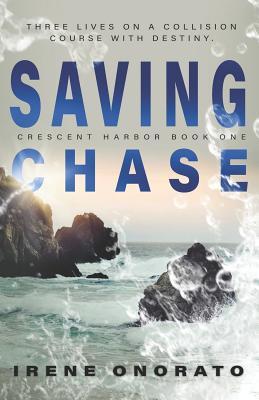 Dan Logan runs a construction business started by his father. Shortly before his wedding, his fiancée breaks their engagement so she can be with Dan’s best friend, who was supposed to be his best man in the wedding. His father convinces him to take some time off, and friends take him to a small island off the coast of South Carolina. The plan is to rest, fish, and be away from it all for three weeks, including no mobile-phone service.

Dory Devereaux’s husband died six years before. She’s trying to raise their son Chase by herself in Massachusetts, but Chase is constantly in trouble, and now he has to pay pack $20,000 for damage he did to an expensive automobile. Frightened that the judge will send him to prison, she flees with him south to her in-laws in South Carolina. They’re there hardly anytime at all when the 16-year-old Chase disappears.

Chase finds his way to a marina, and sees an old boat beached on the shore, offering a place to spend the night. Except the tide comes in, dragging the old boat out to sea. And Chase will find himself on the same island with Dan Logan, with no way to get word to his mother. Logan finds the boy obnoxious, but he knows that there’s something behind Chase’s general attitude. And he begins to teach him how to fish and crab, and perhaps learn how to survive

Saving Chase by Irene Onorato is the story of Dan, Dory, and Chase, and how three people broken by life slowly begin to help each other. Can Dan and Dory find love again? And can Chase be saved from some of his own worst impulses?

Onorato has written several romance novels in the Unlikely Love series, the Forever a Soldier series, the Holiday Corral series, and two standalone novels, Justice for Hattie Mayfair and Singapore Secrets. Saving Chase is the first in the Crescent Harbor series. A native of New York City, she now lives in Louisiana.

Saving Chase is an unusual romance story, because the romance isn’t all between the leading male and female characters. It’s also a romance about a family, one that was and one that may be again.