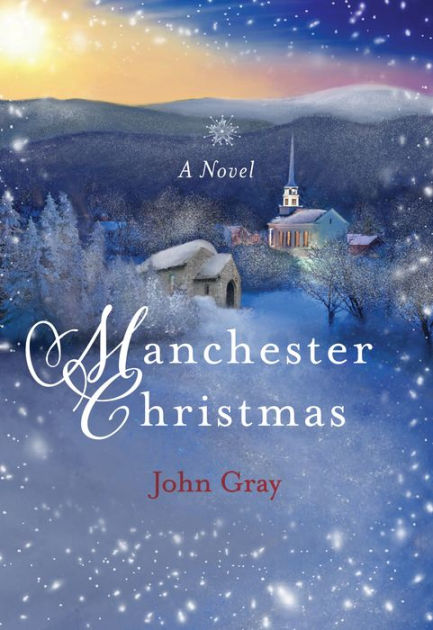 Chase Harrington is a young writer, beginning to establish her reputation with several well-placed articles. She’s driven from Seattle to Manchester, Vermont, to see what she might be able to find to write about. She feels a pull toward the small town, even though she’s never even visited the place.

She gets lost, and the first person she meets provides directions. Gavin Bennett is a young farmer, packing an agricultural degree from Boston College and working with his dad on the farm. He’s interested in the attractive newcomer, and Chase is rather interested in him.

The realtor she’s contacted shows her n interesting property she can rent or buy – a decommissioned Catholic church, left after the congregation built a new building. It’s a beautiful old building, restored and well-cared for by the couple who previously lived there. The church also has four beautiful Tiffany stained-glass windows depicting different scenes from the life of Christ.

Chase soon learns that everyone in this town has a story. The owner of the inn where she spends her first night has a story about a daughter killed in an accident some years before. The realtor has a story. The sheriff has a story, and he knows just about all the stories in town. Even farmer Gavin has a story.

But the biggest story is the town’s story. It hasn’t celebrated Christmas with a big bonfire on the nearby mountain for six years, since the innkeeper’s daughter in an accident on an icy road.

And then Chase’s dog wakes her one evening with his incessant barking. When she investigates, she discovers he’s barking at one of the Tiffany windows. At first, she can’t see what’s causing the dog to bark. And then she sees something remarkable. The window is changing. And the small town in Vermont will never be the same.

Manchester Christmas by John Gray tells the story of what happens with those Tiffany windows. It’s a story about a small town and its people, it’s a love story, and it’s a story about healing.

Gray is the author of three children’s books, God Needed a Puppy, Keller’s Heart, and Sweet Polly Petals. Manchester Christmas is his debut novel. An Emmy Award-winning television journalist and columnist, he lives with his family in upstate New York.

Christmas may be just past, but Manchester Christmas is a good way to bring back the spirit of the season – and give you a fine story to read.