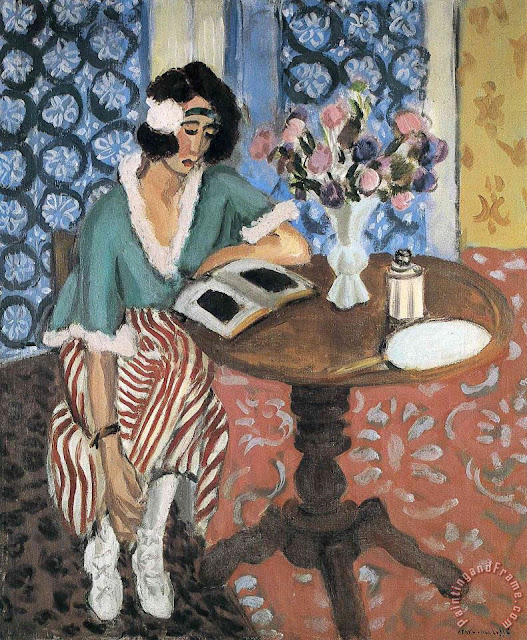 Yesterday, I counted four major stories in the news section of the St. Louis Post-Dispatch that should have been labeled “news analysis” or “commentary.” All four of the stories were by the Associated Press. I don’t know if the blame lies with the AP or the Post-Dispatch; likely both. But it’s indicative of what passes for news in today’s newspapers. Not coincidentally, the public’s trust in the news media has hit a new low. Felix Salmon at Axios has the story.

For years, I was a huge fan of the Swedish crime writing team of Maj Sjöwall and Per Wahlöö, creators of the police detective Martin Beck. They wrote a total of 10 crime novels, and they helped transform the police procedural genre and inspire the writers who gave birth to “Scandinavian noir.” Neil Nyren at CrimeReads offers a retrospective on the two writers.

It has the distinction of being one of the oldest forms of digital technology around, and it’s still doing a blockbuster business. Rob Walker at Marker talks about what has made the lowly pdf so popular and long-lasting.

Thinking with Bob Dylan (sort of): Everything is broken in the three Americas of 2021 – Terry Mattingly at Get Religion.

The Historical Case Against Censorship – Drew Maglio at The Imaginative Conservative.

“Antiracism” Comes to the Heartland – Christopher Rufo at CityJournal.

Who Was Idelette Calvin? – Joel Beeke at Tabletalk Magazine.

When Poe Invented the Detective Story, He Changed the Literary World Forever – Olivia Rutigliano at CrimeReads.

Writing Through the Silences of a Lost Family History – Jonathan Lichtenstein at Literary Hub.

Plutarch on envy & hatred – David Warren at Essays in Idleness.

Gloria Dei Cantores: Then Sings My Soul (How Great Thou Art)

I see that commentary in the AP as well. After Trump was elected I told people that I hoped this would help bring revival to real journalism. I do not think it has happened!

I started reading the AP because it was as close to raw journalism as I could find. Reporters reporting. Getting quotes from people in places and positions here their quotes matter. I find it still mostly reliable and since it is printed I find the commentary part easier to spot. Often it is simply the adjective used. When it is at that level it becomes a breakdown at the editor level if I understand how journalism should work.

So I wish someone would lead that revival. To see the AP get so lazy is frustrating. The average person does not have and should not be required to have nuanced hermeneutical skills to be so aware of adjective use while eating breakfast at 7am. Even Sr Benadette would give me that...at least I hope she would.

I still read the AP news feed b/c I have not found an alternative.

Television is worse. Here in Greensboro I am sort of embarrassed for the local "news" people. To call it news has so distorted the word that I hope the people hired do not need journalism degrees ... because they really don't need them. They just need dressing and presentation skills.

We watch the PBS news hour which has a left lean but at least interviews the people needed to be interviewed and will attempt to call out the BS on both sides. Judy Woodruff does as good a job of facilitating as anyone. So if there is journalism on TV...it may be there. But they still use the word news as well so does my local news and Fox News and CBS News. So news used to mean journalism and field reporting.

Got any other suggestions for sources of journalism? Or how to find the journalism evangelist who can the congregation of school of journalism grade back to true religion?

Though the NYT and Washington Post are biased they still pay people to go do journalism. Unfoytunately the internet is not helping because it allows a Yahoo like me to build an audience and pose as journalist, state my opinion and call it news. A friend who left Fox for OAN sent me an article from a Yahoo after the capital takeover. He pushed it to me to counter my questions to him about what went down on 1/6. The guy who wrote the piece had his credentials at the bottom of the article. They are Instagram credentials! My friend makes $300k/year but gets his "news" from a guy who whose credential is having "camped all over the world"

This is where some breakdown is happening

I wish PBS Newshour brought in people from Chicago Dallas Denver Boise San Diego more frequently for perspective. I left a VM for Judy Woodruff but she hasn't called back ...yet.

Yes the news is biased. Always has been. Globe Democrat and Post Disptach. But the problem is not just on the news. I hear Hannity carp aginst the mob and the media and then presenting himself as just reporting the facts. They are have become shucksters like the TV evangelists. The whole lot of them are living high lifestyles as false news people.

How do we start a movement that calls out all the B S and calls back journalist to do their job. They are the cultural missionaries we need.

That's enough. I hope you read your comments.

Thanks for doing this post every week. I look forward to it every Saturday. I love it and appreciate you and your curation of ideas. May your followers increase because you deserve to be heard. You have professional and life credentials! Though I hope you still get to also camp all over the world too,

Paul, thank you for your thoughtful (and on-target) comments.

I was educated in old-school journalism. To understand a story, you had to at least try to grasp all of its major aspects and perspectives. That approach was rapidly disappearing by the early 2000s. In 2003-2004, when I was communications director at St. Louis Public Schools, I dealt with mostly local journalists who were trained in old-school journalism. They could be rough, and tough, but they were doing a job I fully recognized. When I returned to the corporate world in 2004, I was shocked at what was happening with national media and wire services, like the wires services Reuters but also NBC, Washington Post and others. Journalists would contact the company with the story already written, in their heads if not on screen, and simply want a quote so they could tell their editors they had called. It was where I first encountered the idea of "journalist narrative," which is another name for bias and pre-conceived ideas. Previously, you might have an opinion on something, but you were at least open to listen and understand.

I discovered something else. Journalists were no longer writing for their readers. They were writing for themselves and other journalists. The arrival of social media (and especially Twitter) exacerbated that. People who write commentary do the same thing -- their audience is other commentators. After the election of 2016, you could watch even conservative commentators trip all over themselves criticizing Donald Trump for everything, including a lot of what turned out to be false reports. They were trying to maintain their credibility with other commentators.

There's also another problem. Too much of a reliance on anonymous sources has undermined readers' trust, because you never can understand (1) the full motivation for such a source to provide the information and (2) protecting a source could also mean protecting a deliberate lie. Over the last four years, journalists' reliance on anonymous sources grew exponentially, and an unfortunately large number of the "leaks" turned out to be wrong (and false). Look at what flowed out of the U.S. House Intelligence Committee and its chairman (quoted anonymously but everyone knew who it was) about Russian collusion.

The journalism I was trained in and knew is long gone. There are a few writers and sites I can point to that might hold some promise for the future -- Tablet Magazine and Matt Taibbi at Substack are two.