"The Ardent Swarm" by Yamen Manai 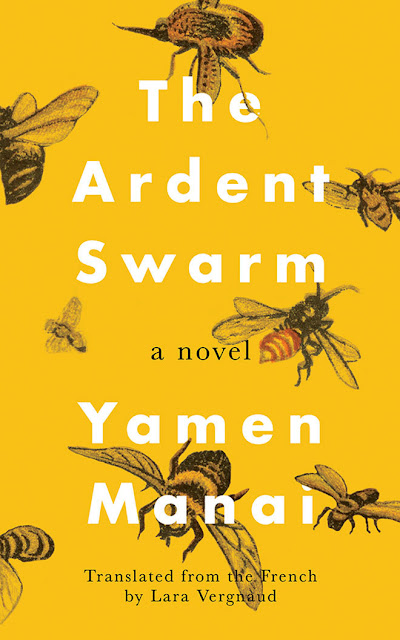 Sidi lives outside a village in Tunisia. He is a beekeeper, carefully tending his hives and what he calls “his girls,” the thousands of bees who prosper under his care. His primary form of transportation is his donkey, which he rides to and from the village when he needs supplies. The village is fond of the beekeeper; the people know the importance of the bees and what “the girls” do for growing food.

Political times are changing. The old regime in Tunis has fallen; an election is held that elects a radical Muslim government. Sidi notices the changes but is relatively unaffected. Then comes the day he finds one of his hives decimated, the bodies of thousands of bees almost torn in half and littering the ground. He keeps watch and eventually finds the culprit, or culprits – a hive of hornets the likes of which he’s never seen before.

He finds the source – a shipment of blankets and goods given out by the radical Muslim candidates. He enlists help from university friends in Tunis, and learns the hornets are native to Japan. Only one bee species has learned to resist the hornets, and it, too, is in Japan. And that’s where the salvation for his girls can be found.

The Ardent Swarm by Yamen Manai draws upon the oral tradition of Tunisia to tell two stories. First is Sidi and his bees; second is the story of another kind of hornet, that of the radical government regime determined to impose religious and social conformity upon the country. The novel even contains a scene of cancel culture at a Tunisian university that could have easily been adapted from various American universities. Eventually, these two stories will almost inevitably converge.

The Ardent Swarm is a story about the importance of both tradition and freedom in standing against the fundamentalism that seeks to strangle both. It’s set in Tunisia, in a small and remote village, but its theme is universal.