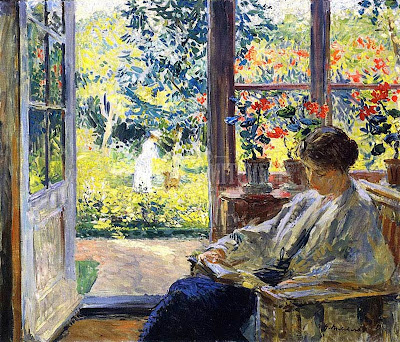 An eventful week. I considered adding my own two cents, but then I thought, why add to the dissonance that’s already deafening?

Let’s consider the good old days of peace and quiet, like when a feud between two rival Shakespearean actors led to a massive riot in New York City. It was 1849, and the Englishman Charles Macready and the American Edwin Forrest had an unfriendly history. Fights broke out in the theater staging Macbeth, leading to fights in the streets and some 15,000 people going at it. Olivia Rutigliano at CrimesReads reports that the New York Militia had to be called in, the crowd was fired upon, 20 people were killed, and hundreds were injured. Hollywood types caused trouble even before there was a Hollywood.

The celebrated writer Ray Bradbury would have been 100 years old this past year. Biographer Sam Weller and poet and former chairman of the National Endowment of the Arts Dana Gioia got together to discuss his significance in American culture and his influence upon writing, writers, and literature.

Along with several friends. you’re arrested for terrorism, tried, and found guilty. You’re told you will be taken out and shot by firing squad. Your group are all offered hoods; only you refuse. And just as you hear the rifles prepared to fire, a messenger arrives. A reprieve! Instead of death, you’ll be exiled to Siberia. As it turns out, the whole charade was planned; the group was to be exiled long before they found out. The one who refused the mask was Fyodor Dostoyevsky, and when he went to Siberia, he found faith. Gary Saul Morson writes for New Criterion on the philosopher of freedom.

E.B. White on How to Write for Children and the Writer's Responsibility to All Readers – Maria Popova at Brain Pickings.

Self-Editing Explained: How to Edit a Book Yourself – David Gaughran.

The lesser-known Orwell: are his novels deserving of reappraisal? – Alexander Larman at The Critic Magazine.

A Tidal Wave of Death: The 1918 Spanish flu was a killer of historic proportions – Michael Totten at CityJournal.

To Solitude – Chris Laverty at Society of Classical Poets.

Patterns (Tree and Leaf) -a poem about Tolkien – Malcolm Guite.

Finding Mercia – Annie Whitehead at Castin Light upon the Shadow.

Earendel at Epiphany – Eleanor Parker at A Clerk of Oxford.

Baking Bread as an Act of Hope – Millie Sweeney at The Rabbit Room.