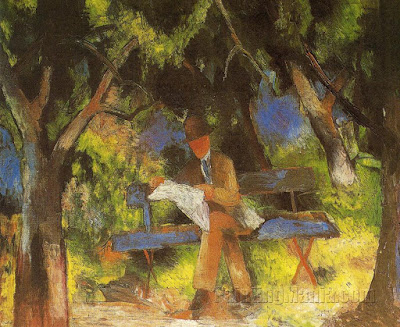 Timothy Miller had a draft of his first novel and was just about ready to sign the contract with the publisher – when he had a stroke. At Writer’s Digest, he describes what happened when he woke up five weeks later.

The empire is striking back. Cancel culture is going full tilt at Big Tech, but it’s not only there, and it’s not only the far right being purged. A literary agency fired an employee not because of what she said or posted, but simply because she had accounts at Parler and Gab. Remember McCarthysim and guilt by association?

What’s old is new again. Few may remember, but it was Irving Kristol who first began writing about America’s “new class” way back in the 1970s. In 1996 came Christopher Lasch’s The Revolt of the Elites and the Betrayal of Democracy. The Obama years brought another surge of interest in a new globalist class that reportedly had no national ties but whose only loyalty was to itself (I’ve called it the “Davos Syndrome”). Michael Lind at Tablet Magazine takes a look “the new national American elite,” while Alan Jacobs at The Hedgehog Review discusses our “manorial elite” (which makes the rest of us peasants, or serfs, or deplorables, or something).

Poet and critic Clive James died in 2019, nine years after he learned he had emphysema, leukemia, and possible kidney failure. Imminent death became an everyday reality, but James kept going, writing poetry, songs, and literary criticism. Ian Shircore at Quadrant, who’s written two books about James and his works, considers the man and his body of work.

“Between the Lines”: A Conversation with Diane di Parma – Hilton Obenzinger at L.A. Review of Books.

Twenty-One Reasons That the Handwriting Is on the Wall for the Abortion Industry – George Grant at Ligonier.

We No Longer Make Boys into Men – Anthony Esolen at The Imaginative Conservative.

The Business of Books: The high-stakes world of pirate publishing – Andrew Pettegree at History Today.

America’s Angriest Writer: 'Mad at the World: A Life of John Steinbeck' by William Souder – Margot Enns at Kirk Center.

The Extraordinary Disappearing Act of a Novelist Banned by the Nazis – Arvind Dilawar at Smithsonian Magazine.

The Stone Hefter Text – Jack Baumgartner at The School for the Transfer of Energy.

Voices of the People: On Folk Music as a Living Art Form – Ellen Harper at Literary Hub.

Celebrity, Success, and the Kingdom of Heaven – Michael Farmer at Front Porch Republic.

In the Garden (a capella) – Anthem Lights

Painting: Man reading in a park, oil on canvas (1914) by August Macke.